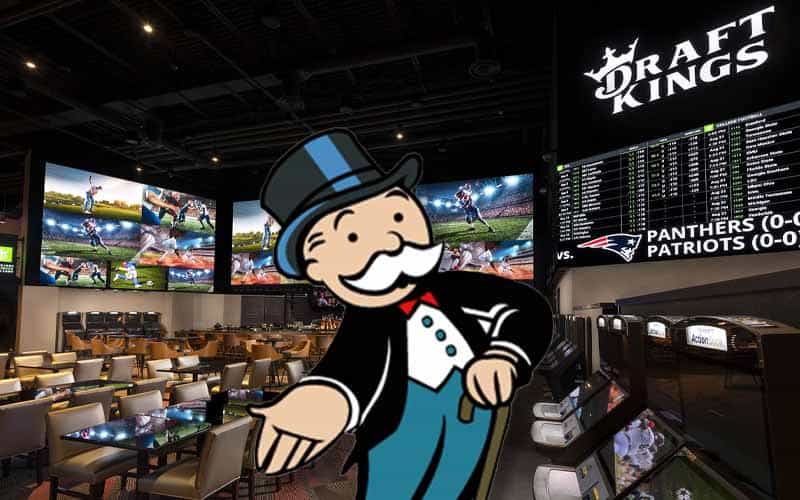 Take note, America—this is how market leaders crush the competition.

Laws written to favor corporate interests and exclusivity deals have plagued legalized sports betting ever since the federal prohibition ended last year, becoming the latest industry in the United States to be seized by an oligarchy.

But for sports betting in New Hampshire, we just witnessed the Lottery hand DraftKings monopolistic control over the state in exchange for a massive slice of the pie.

The New Hampshire Lottery Commission awarded the state’s sports betting contract to DraftKings on Monday. The Executive Council for Republican Gov. Chris Sununu approved the six-year deal—which could be given to two, two-year extensions—on a 3-1 vote.

Councilor Andru Volinsky was the only one who opposed, and Councilor Debora Pignatelli recused herself because of a conflict of interest, according to NHPR.

“We moved fast to get this done, and the deal is a win for NH,” Sununu tweeted after the contract with DraftKings was approved. “We are partnering with a world-class company to provide a first-rate customer service experience. With today’s vote, everyone will now be able to bet on @TomBrady and the @Patriots in time for this year’s Super Bowl.”

The NH Lottery released a scoring summary from the competitive bidding process near the end of October that details how lucrative the agreement is for the state.

Despite allowing a bidding process to be competitive, Draftkings share over the state’s newly legalized market will be but that.

DraftKings made the easy sacrifice of handing over half its revenue in exchange for the keys to New Hampshire sports betting. The Boston-based giant will be the only commercial retail sports betting location available for the state’s in-person bettors and will also control the entire online and mobile betting market.

State governments partnering with the private industry is nothing new and is often done when construction and infrastructure projects are implemented.

However, those are timed-projects and are a far cry from tipping the odds heavily in one company’s favor. There has been no comment on when, if ever, other operators will be allowed in the state.

No one else, not even other household names like FanDuel and William Hill, are allowed to set up shop in the Granite State—for now, at least.

NH residents don’t need elected officials to tell them that DraftKings is the best sportsbook for them. If that’s true, then let the people freely decide in a competitive and open market.

New Hampshire will become the second state in New England, after Rhode Island, to offer legal sports betting. DraftKings is expected to launch its online and mobile app platforms for sports betting in January and will open brick-and-mortar sportsbooks in approved cities over the next few months.

At the end of the day, NH residents need to ask themselves one thing: What did it cost?

For now, at least, other than DraftKings—Everything.