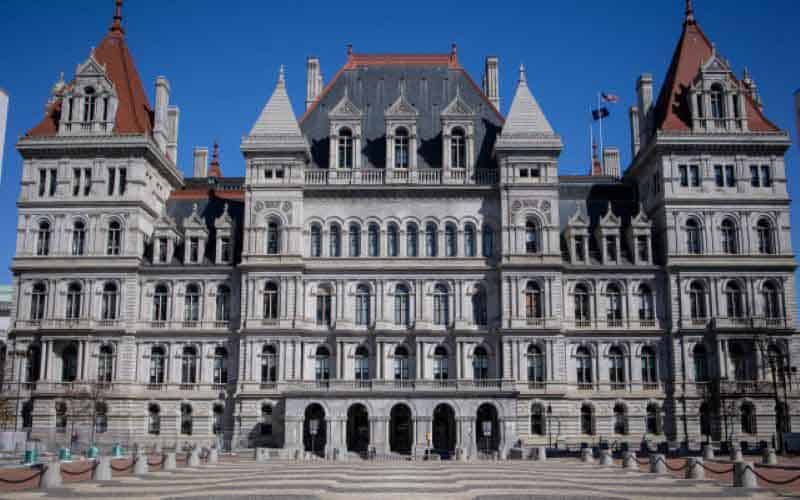 New York sports bettors have been eagerly awaiting the transition into a fully legalized and domestic online platform. Assembly Bill A3009 was signed in April by then-Governor Andrew Cuomo, including sports betting legislation in the state’s 2021-2022 fiscal plan.

While online options for legal sports betting in New York have been a long time coming, some worry that the former Governor’s recent political scandal may hinder its passage.

Former Governor Cuomo resigned from his position just this week due to a slew of sexual misconduct allegations. The position will be taken over by New York’s lieutenant governor, Kathy Hochul.

Because the New York sports betting legislation was written into the state’s budget plan, it is not expected to have any issues.

In fact, the state is already in the process of going through mobile sportsbook applications. Several big-name contenders have gotten in line for a bid at the state’s massive market of consumers.

New York has requested that sportsbooks applying for a mobile sportsbook license partner with at least one other operator. This requirement alone has created supergroups out of old rivalries.

While New Yorkers are expected to see up to eight skins when mobile sports betting debuts in 2022, there are only two mobile sportsbook licenses up for grabs.

Each of the licensing bids will be subject to a point-based evaluation. Up to 75 points can be earned for each contender by excelling in areas such as advertising, relevant experience, and sustainability.

Although tax rates are proposed by each individual bid, the state has made it clear that they are keen on a 50% tax on gross gaming revenue.

The NYS Gaming Commission went to the extent of including tax proposals as a part of the scoring system, with up to 20 points to be earned from the category.

To even qualify for a license, those on the bid must be willing to pay the state $25 million to the state of New York to initiate legal sportsbook operations.

How Will Costs Trickle Down?

We believe that most of these providers are more than capable of paying these upfront costs. However, there is certainly room to ask whether the state’s costly requests will redirect those costs back at consumers.

Even though the state of New York has a dense and expanding population of potential sports bettors, it is unclear whether these sites/apps will garner enough support to pay out half of its profits.

The new apps are expected to be available to the sports bettors of New York just before next year’s Super Bowl.

Nonetheless, consider sticking around with your favorite sportsbook until after the Super Bowl. There’s plenty of legit sportsbook options for New Yorkers, such as BetOnline or SportsBetting.ag.

Super Bowl betting season is arguably the most lucrative time of the year for a lot of sports bettors out there, so why risk your winnings with a platform you don’t know?