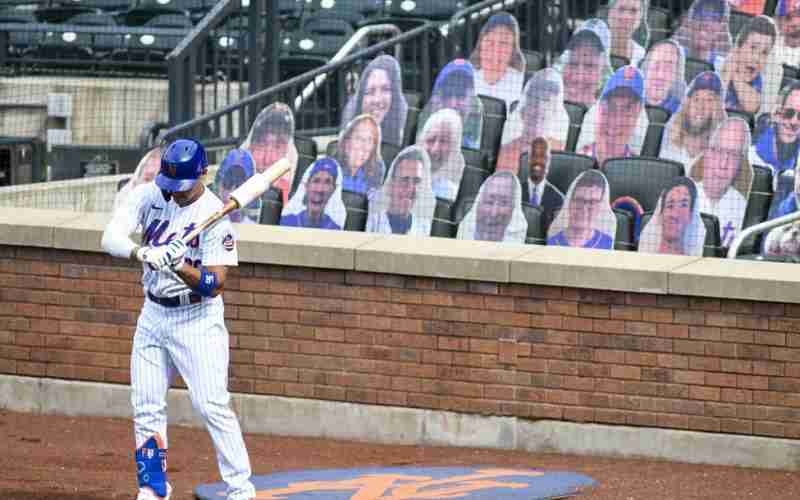 Last night, the New York Yankees played the Washington Nationals to begin the baseball season, and to reignite the payouts for MLB betting.

The opening pitch for the 2020 Major League Baseball season was thrown by Dr. Anthony Fauci, the director of the National Institute of Allergy and Infectious Diseases.

The choice for the opening pitch is appropriate because he has been a prominent figure in the fight against COVID-19 on a national scale, and the MLB season has been suspended since March.

These games are being held without fans, but viewers that tuned in to watch the Yankees play the Nationals probably noticed the fan noise being piped in over the stadium’s PA system.

Some of the enhanced audio placement seemed appropriate, but there were many quirky crowd-noise blasts that came off as artificial.

Now, Variety is reporting that pro baseball games that are broadcast by FOX Network this season will feature virtual fans populating the empty seats.

The digital patrons are customizable and can feature whatever sports-related apparel deemed appropriate by the broadcast production crew.

Of course, these artificial fans are only there for the sake of viewers watching at home and will not be noticeable to the players on the field.

The players will experience near silence during the competition regardless of how intense the in-game scenario is. This could cause World Series betting odds to narrow as home field advantage will now carry much less weight without fans being there.

Top-rated baseball sportsbooks feature the Los Angeles Dodgers and the New York Yankees as favorites to face off against each other in the World Series this October. Both teams have the exact same odds to take home the championship with +450.

Perhaps the Yankees would be more heavily favored if fans were going to be at home games, providing a tenth man’s worth of presence over the course of a four-game home-field advantage.

ESPN plans to use the stadium’s announcer, and also employ the organ players to heighten the action. These two will also provide comfort to television viewers but will also affect the players on the field as well.

Virtual fan technology could be here to stay, as Coronavirus concerns have fall sports leagues considering measures to reduce fan exposure. The Philadelphia Eagles have already declared that they will not allow any fans at their 2020 home games, and the NFL has been in consultation with firms that produce digital fans for broadcast.

If the nation doesn’t get a handle on this COVID-19 situation soon, the best seats in the house will continue to belong to virtual attendees for the foreseeable future.