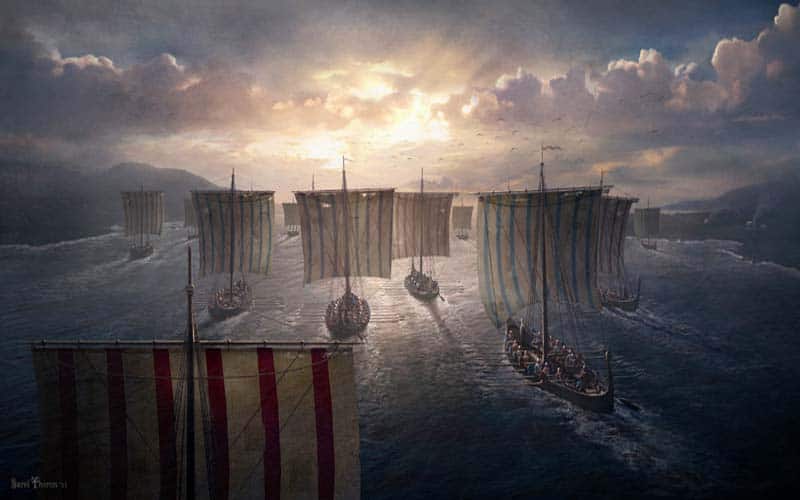 Minnesotans would love the chance to chant those very words one day, but a myriad of Vikings fans will have to continue invading Iowa sportsbooks every weekend of the NFL season for the foreseeable future.

And in the age of wisdom following the US Supreme Court’s decision to repeal PASPA over 16 months ago—lifting the federal ban on states legalizing sports betting—Iowa has fully embraced the idea since launching in late-August, allowing in-person wagering on sports at casinos while also recognizing online and mobile apps are the future of the sportsbook industry.

A total of 13 states now offering legal sports betting and with money flowing south due to the Minnesota Legislature’s inability to pass a law on the issue, it would be understandable if MN residents believe this is actually the age of foolishness.

But this past Sunday, progress appears to have been made—not in the State Capitol building, but on a field trip to an Iowa sportsbook.

Several Minnesota lawmakers partook in their own sports betting odyssey by joining the fleet of Vikings-themed license plate vehicles venturing out to the land of corn, caucus, and covering the spread.

Republican Rep. Pat Garofalo gathered a crew of three dozen MN legislators—each of whom chipped in $20 for bus fare—to visit the Diamond Jo Casino and scout out one of Iowa’s legal sports betting operations.

The lawmakers placed bets on their home-state Vikings, who were 8.5-point underdogs to the rival Green Bay Packers, along with several other NFL and MLB games played on Sunday.

And despite the Packers winning 34-14 and easily covering the spread, the voyage—which was documented by the Star Tribune—appeared to be well received by those who made the trip to the Iowa sportsbook.

“Iowa is well positioned due to Minnesota’s lack of action,” Garofalo said. “And you’re going to see a steady increase in Minnesotans choosing to spend their entertainment dollars in Iowa as opposed to Minnesota.”

Democratic Sen. Karla Bigham, who co-sponsored SF 1894 earlier this year, said she believes Minnesota sportsbooks would do well if sports betting was legal due to the number of major professional sports franchises located in the state.

“We’re one of the few states with a professional team in every league,” Bigham said. And it feels like we’re not moving forward with something that would be a natural fit.”

When asked why she placed several very low-stake wagers, the Democrat had the perfect reply.

Brian McDaniel, a lobbyist for the Running Aces Casino & Racetrack, also made the trip and said that despite fierce opposition, he wagers that sports betting will be legal in Minnesota one day.

“Like marijuana, it’s gonna happen. It’s just a matter of when,” McDaniel said.

Republican Rep. Jon Koznick remains undecided on whether to legalize sports betting but jokingly admitted he wanted the people of his district to know that he went to Sunday mass at 7:30 am before shipping out for a day full of sports gambling fun at the Iowa sportsbook.

Efforts to legalize sports betting in Minnesota stalled during the 2019 session after Republican Sen. Roger Chamberlain, who co-sponsor the bill alongside Bigham, saw the bi-partisan proposal pass through one Senate committee before ultimately being drowned by the legislators and lobbyists.

“We’re just trying to create a legal structure around that to legalize it, regulate it, make it safe and accessible to people,” Chamberlain told Minnesota Public Radio at the time. “So they can invest in their opinions and have some fun.”

“Iowa is doing it, for God’s sake,” he recently said. “That should be embarrassment enough for us to start doing it up here.”

Despite the bill allowing the state’s tribal casinos to have sports betting, the Minnesota Indian Gaming Association does not want the state to legalize the activity, with chair Charles Vig telling Gov. Tim Walz in January that the group “continues to oppose the expansion of off-reservation gambling, including the legalization of sports betting.”

While increased competition in the gambling market is unwanted by the tribes, the Joint Religious Legislative Coalition, an interfaith lobbying group headed by Anne Krisnik, said Minnesota should not look at Iowa since she believes an expansion would increase unemployment and lead to more arrests.

However, many who want sports betting legalized in the state may have to wait until after the 2020 election.

All 201 seats in the legislature are up for grabs, and with the Democrats controlling the House and Republicans holding the Senate, it’s entirely possible sports betting is overlooked as the two sides attempt to pass legislation on more pressing issues.

Chamberlain disagrees with that notion and published a statement Monday on the Minnesota Senate Republican Caucus official site, declaring that it’s time to legalize sports betting in the state.

“Legalizing sports betting should not be a problem,” Chamberlain said in the post. “It is not an expansion of gambling, because it’s already happening. It is entertainment. It’s fun. It’s a business that will create jobs and be effectively regulated.”

“Twelve other states and Iowa got it done,” he added. “Let’s make Minnesota next.”

Although Minnesota is unlikely to be the next state to legalize sports betting, the lawmaker’s positive trip to the Iowa sportsbook is a good sign. But as more states push for legalization, the odds of capitalizing on the new market—and generating more tax revenue for the state—will continue to get worse.

And Minnesota lawmakers should want to avoid the sports betting Ragnarök.