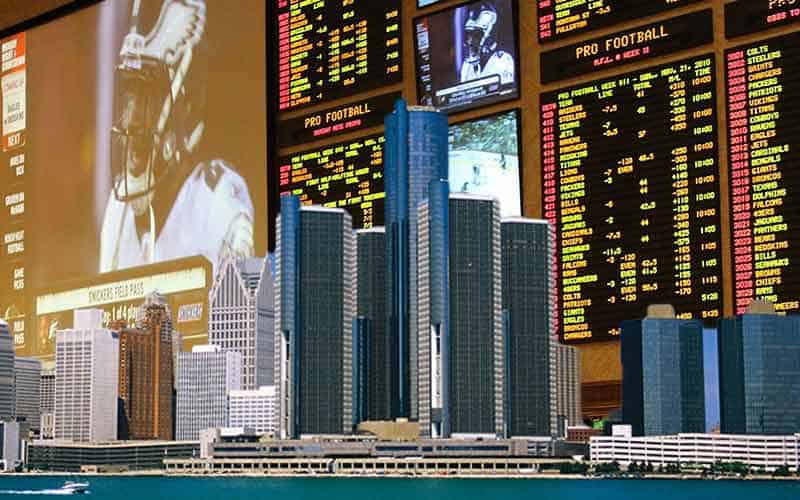 When Michigan debuted sports betting in the summer of 2020, sportsbooks were limited to three in-person venues across the entire state.

Without the presence of online or mobile sports betting, gamblers in the Wolverine State were faced with a scenario that could include a several-hour drive depending on what part of the region the bettor lived in.

During the first five months of legal sports betting in Michigan, the state tallied overall hold collections that ranged between $9 and $46 million, but once mobile options were introduced, those numbers escalated exponentially.

It makes sense. Even if a bettor is located within a few miles of a retail sportsbook, why would they bother making the trip when they can just fire up their iPhone and bet on the NFL or any other major college or professional games from the convenience of their own home.

Naturally, when the revenues increased, so did the tax collections, and June of 2021 marks the first time that Michigan has cleared the one-million-dollar hurdle in that category.

While that may be the largest total tax haul so far in MI, record numbers were not achieved in overall handle and revenue.

The differential is likely due to an inordinate amount of bad bets placed by Michigan sports wagerers over the course of June.

Sportsbooks place odds on games and matches and allow the lines to move based on the amount of action one side or the other receives. If Team A begins to receive an inordinate amount of money placed on them to win or lose, oddsmakers will continue to adjust the lines until the money comes in equally for both Team A and Team B.

The idea is for the sportsbooks that serve the Detroit, MI region and beyond to simply make money off of the total action because the odds and lines were created so accurately.

If the bookmakers are on their game, then the sports betting revenue intake data reports should be fairly consistent across the board.

When masses of people make an excessive amount of losing or winning wagers, the book will either suffer an unusual loss or gain.

That’s what seems to be the case over the month of June as MI surpassed $1 million in tax revenue but was over $100 million short of their highest ever handle total.

The onset of mobile sports betting’s impact on revenue collections is blatant, but interestingly, in-person sports wagering intake has also stabilized at roughly $20-$25 million per month.

These numbers suggest that the markets for in-person and mobile sports betting, at least in Michigan, are completely separate, as each sector seems to be unaffected by the other.

Another certainty is that the large amounts of dollars that are being directed back into MI state budgets were likely previously directed toward offshore sportsbooks sites that were the only legit sports betting option in MI prior to 2020.

The big test will be next February when the intake for betting on Super Bowl 56 should represent the largest hold to date in Michigan.