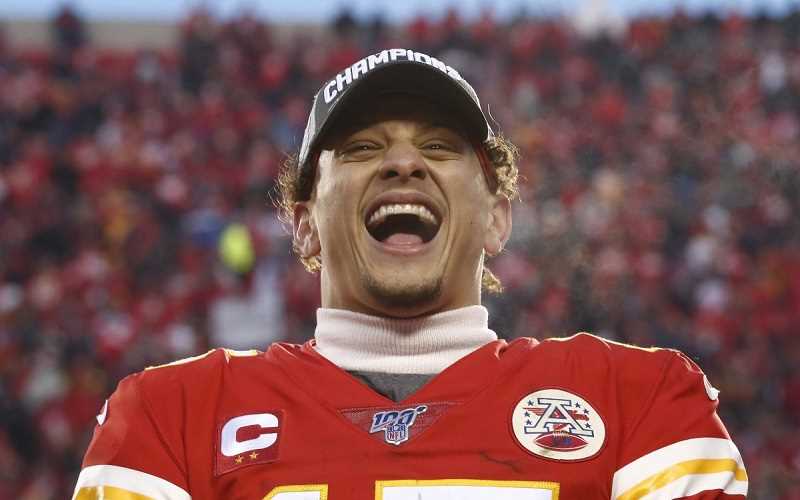 On Monday, the Kansas City Chiefs signed their Super Bowl 54 MVP quarterback, Patrick Mahomes, to a 10-year contract extension worth $503 million dollars, the largest in the history of professional sports.

The deal includes $477 million in guaranteed money and will keep Mahomes on the Chiefs’ roster for the next twelve years.

The fourth-year quarterback out of Texas Tech was quick to impress once attaining the starting role from journeyman Alex Smith at the end of his rookie season, but few could have anticipated his immediate impact on the league. In fact, many were questioning if Kansas City had made the right move by selecting him ahead of Houston Texans quarterback Deshaun Watson in the NFL Draft.

Now entering his fourth year, the Chiefs wanted to make sure that Mahomes stayed with the franchise for his entire career, which is a refreshing development in the NFL’s free agent era that has seen Tom Brady, Peyton Manning, and Bret Favre test the waters with other franchises before hanging up their cleats.

Mahomes’ massive contract is great news for quarterbacks looking for new deals right now, but it is bad news for AFC West divisional rivals that have to face off against him twice a year for the next decade.

Is Mahomes worth such a high-dollar contract? Those that are familiar with betting on NFL games know the value that he brings to the field each Sunday. He’s been around long enough for opposing defenses to get a read on him, yet he still sports a staggering career touchdown to interception ratio of 76 to 18.

Top Sportsbooks are also riding the Mahomes train. A quick glance at the next year’s Super Bowl odds provided by Bovada has the Chiefs as the favorite to repeat as NFL champions.

Mahomes is also the leading candidate in many NFL prop bets, including League MVP, offensive player of the year, and passing yardage leader for the 2020 season. His over/under stats betting line for passing yards and touchdowns is set at 4,699 yards and 36.5 touchdowns.

Although these seem like enormous single-season benchmarks for any quarterback, we advise taking the over on both.

According to a recent report by Fox Business, Mahomes is prohibited from participating in a long list of activities that include basketball, baseball, jet skiing, and other endeavors that have the potential to cause injury.

Although these banned activities may serve to harsh Mahomes’ mellow during his free time, the rationale is sound, as injury appears to be the only obstacle that could stand in the way of him breaking every significant passing record in NFL history.

Mahomes is a once in a generation talent that deserves to be paid an enormous salary in an era where mediocrity is heavily rewarded. Perhaps other franchises will take note, and do their best to retain some sort of consistent identity for their team makeup, instead of rotating players in and out annually.