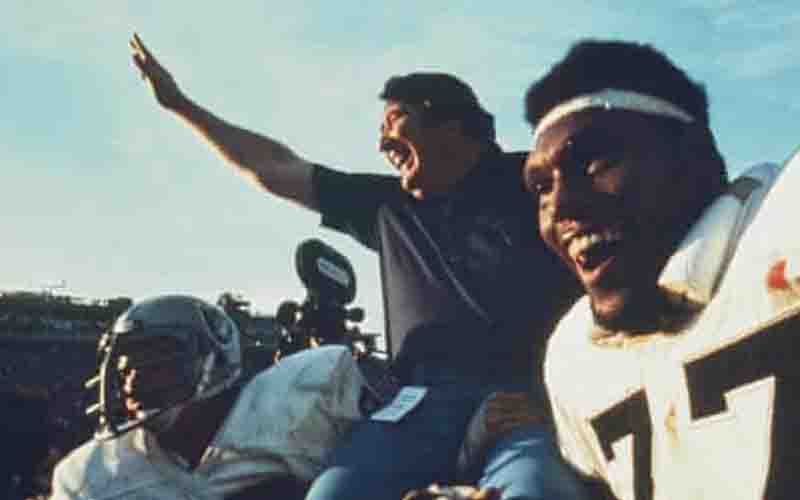 John Madden, a Super Bowl Champion head coach of the Oakland Raiders, NFL broadcaster, and video game pioneer, passed away at the age of 85 yesterday due to causes yet to be announced.

It is hard to imagine an NFL landscape over the past 60 years without the presence of John Madden.

For the boomer generation, Madden first became known as the feisty Raiders coach that finally got beyond the Pittsburgh Steelers and delivered Oakland a Lombardi Trophy by beating the Minnesota Vikings in Super Bowl XI.

For Gen X’ers, John Madden was the voice of the NFL, providing commentary over Sunday afternoon NFC games and listing off his “All-Madden Team” at the end of each regular season.

Thanksgiving NFL games always included Madden’s analysis of the pro football proceedings and was a welcome part of the late November holiday tradition.

Millennials and beyond know him as the face and name of the Madden series of NFL games produced by EA Sports. A new version is released with updated rosters just prior to each season.

In 1988, Madden NFL was first released on the PC and eventually became a staple of every major gaming system on the planet. Today, Madden NFL has no rival and is considered the top pro football simulation software available.

The game has inspired worldwide competitions, both online and in-person, and is now a major component of betting on eSports and NFL simulations.

It is hard to believe, but John Madden has been absent from NFL commentator booths since 2009. For Madden, the job of calling pro football games was more of a burden on him due to his aversion to flying.

Madden always traveled by bus, keeping him on the road for days while his colleagues would simply commute via air.

The reason? In 1979, Madden suffered a panic attack on an air commute and made a vow to never fly again. The vow stuck, and the Madden Cruiser, a massive bus, took to the highways and interstates of the USA, often featuring a corporate sponsorship pasted on the exterior.

His ground-travel-only scenario removed the possibility of John Madden ever calling a Pro Bowl, which used to routinely take place in Hawaii after the Super Bowl each year.

Some of John Madden’s other accolades include:

John Madden is one of the best NFL head coaches ever to grace the sidelines. Unfortunately, his run coexisted with the 1970s Steelers, the dominant early 70s Miami Dolphins, and America’s Team – the Dallas Cowboys.

His legacy will be largely tied to the Madden NFL franchise that his name is attached to, keeping his memory alive for future generations of pro football fans.