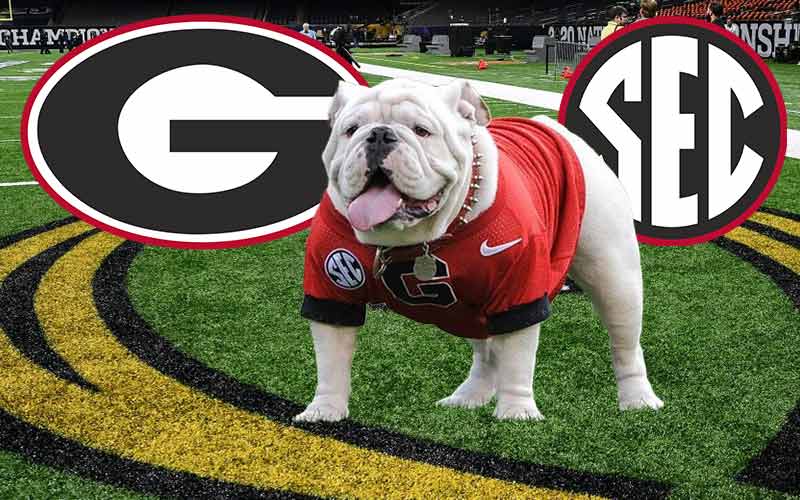 The Alabama Crimson Tide revealed some semblance of fallibility last Saturday when they fell to the Texas A&M Aggies by a score of 41-38, losing their first game since November 30, 2019.

The Georgia Bulldogs have now earned the top position in the AP Top 25 and have also perched themselves atop the odds at College Football National Championship betting sites.

The above CFP futures reveal that Alabama is still very much in the hunt for the National Title, and if they win the remainder of their regular-season games, they’ll have a chance to win the conference in this December’s SEC Championship Game.

The winner of the SEC is guaranteed a spot in the College Football Playoffs, and unless Alabama loses to Georgia in the Southeastern Conference Championship, there could definitely be room in the final four for both the Bulldogs and the Crimson Tide.

What’s up with Arizona State? For some reason, Bovada has them in the third overall spot in the odds for betting on the CFP, but why?

Sure, they’ve got a great shot of running the table and winning the Pac-12, but their early-season loss to BYU will not go over well with the College Football Playoffs Selection Committee when they render their final decisions on December 5th.

As is evident by the NCAAF AP Top 10 rankings below, college football betting sites don’t wholly agree with the coaches and football writers. However, a combination of the two does provide a clearer picture of what is happening right this minute, and what might go down on January 10th in Indianapolis.

The Cincinnati Bearcats appear to have a clear path ahead of them to go undefeated, but online NCAAF betting sites fear that the CFP will block them out due to poor strength of schedule in the American Athletic Conference.

The Big 12’s Oklahoma Sooners will secure a spot in the 2021-22 CFP bracket if they can win out, and with the Penn State loss to Iowa, Ohio State is now back in the driver’s seat in the Big Ten and controls their own destiny in regard to the postseason.

The one wrinkle for Ohio State is that they will likely face an undefeated Iowa Buckeyes team in the Big Ten Championship. If the Buckeyes fall, one of the four spots in the College Football Playoffs will almost certainly be given to Iowa.

There is a glut of Big Ten teams in the top 10 at the moment, and that is because the Michigan Wolverines and Michigan State Spartans have yet to suffer a loss in 2021-22.

Both of those Michigan squads still need to play Ohio State, Penn State, and each other this year, and that’s all before making it to the Big Ten Championship Game. However, the Iowa Hawkeyes have a clear path ahead without any top teams remaining on their docket, and should have no issue winning the Big Ten West.