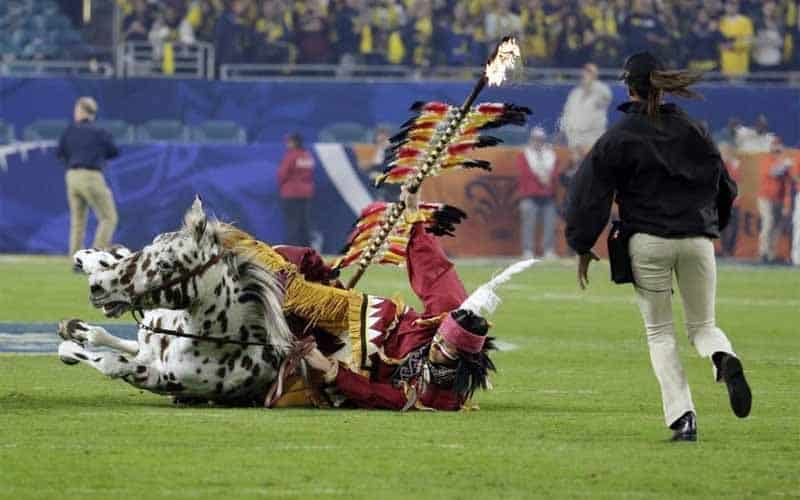 Whoa there! Hold on to those horses, Florida—you don’t need to be Chief Oceola or a legislative scholar to know lawmakers shouldn’t try to regulate legal sports betting without Renegade or the unconquered.

Unfortunately, not bringing the Seminole Tribe to the negotiating table appears to be the state lawmakers’ strategy for the current proposal to legalize sports betting in Florida.

According to the South Florida Sun-Sentinel, party leaders from both the House and Senate continue to hold discussions regarding whether to allow, tax, and regulate sportsbooks in the Sunshine State without inviting the Seminole Tribe of Florida.

However, Republican Senate President Bill Galvano was adamant that no deal of any kind has been reached in the Florida Legislature but added that lawmakers on both sides of the aisle are working toward legalizing sports betting in the state.

“It’s premature to believe that there is a negotiated deal between the chambers. That has not occurred yet,” Galvano said. “What has been reported, thus far, is chatter based on a lot of misinformation. Gaming negotiations are extremely complicated and, while I believe the efforts are worthy, it is also important to be realistic about where we are.”

The current conflict between the Seminole Tribe and state government first arose when Sen. Wilton Simpson was tasked with negotiating a new state-tribe compact.

In exchange for eliminating “designated player” card games at pari-mutuel betting locations, an annual $500 million payment from the tribal casinos would have been instituted under the tentative agreement.

The Seminoles, along with jai alai frontons and racetracks, would also receive the exclusive right to FL sports betting.

However, Gov. Rick DeSantis didn’t agree with the deal proposed, refusing to sign it. As a result, the Seminole Tribe stopped making its current annual payment of $350 million to the state’s coffers.

With the conflict between the state and governor unresolved, lawmakers may not want to risk escalating tensions further when passing any of the pre-filed FL sports betting bills for the entire 2020 session.

For that to happen, the Seminoles and the governor would need to begin discussions, and Galvano said talks have not started in relation to legalizing sports betting.

Unfortunately, a state law allowing Floridians to place a wager at online, mobile, and in-person sportsbooks may not be possible given the short time frame.

Florida’s 2020 legislative session ends on March 13. Given the lack of ongoing discussions among involved parties, the odds of sportsbooks seeing the sunshine are falling faster than the sun can set.