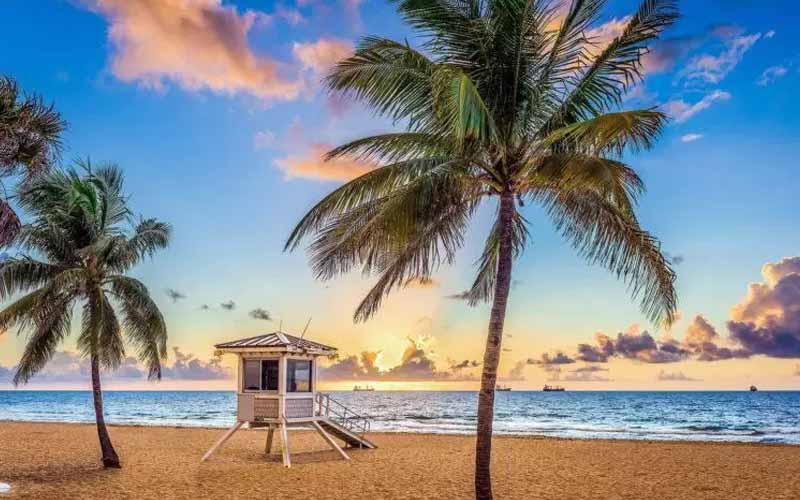 Legal sports betting has just seen the crack of dawn in the Sunshine State.

The Lottery would establish the rules and regulations for sportsbook operators, according to SB 968—the main bill. Under the current framework, a license fee is set at $100,000, and operators would pay a 15% tax rate on sports betting revenue.

Brandes’ proposed legislation doesn’t include specifics on which professional and collegiate sports can receive action, but the bills are expected to be introduced at the start of the 2020 legislative session.

However, while the bills may have just seen the sunrise, Florida’s Seminole Tribe may ultimately decide if the sun sets on sports betting in the state.

The Seminoles and the Florida Legislature are currently at odds with each other after last year’s failed negotiation killed any chance of sports betting seeing the light of day.

Annual payments of $350 million from casino gambling revenue were halted in May 2019 when the Tribe hand-delivered a letter to Gov. Ron DeSantis after years of failed attempts to settle a dispute over card games.

Under the current state-tribe compact, the Seminoles have the exclusive right to offering “banked” card games—games where you bet against the house, like in baccarat and blackjack—while parimutuel establishment was only allowed to offer “non-banked” card games like poker.

The parimutuels tested a loophole by creating a card game where players take turns as the dealer, simulating a bet against the effect, and when the Tribe found out, they immediately sued.

To make matters worse, slot machine referendums have been approved by voters in some Florida counties over the past years, which have drawn the ire from the seven Seminole-owned casinos throughout the state.

Professor Bob Jarvis, an Indian gambling history expert at Florida’s Nova Southeastern University law center, told The Guardian this year that the Seminoles don’t feel as though they owe the state anything, especially given how Florida lawmakers have treated them in the past.

“Before gambling came to the Seminoles, they were extremely impoverished and really were living subsistence lives,” Jarvis said. “In the course of two generations they’ve gone from among the poorest of Floridians to among the richest.”

“They always refer to themselves as the unconquered tribe,” he said. “They take that very, very seriously, and there is this feeling that what we do on our land is not the government’s concern. There’s certainly a lot of very ugly history between the state of Florida and these Indian tribes. While that is true in every state, it’s more so when you throw this much money into the mix.”

He went on to say that any solution would face a long, uphill battle due to the politics of Republican-controlled Legislature and Florida’s already “dysfunctional” gambling laws, meaning the legalization of sports betting might be off the table entirely.

DeSantis’ proposed budget for 2020-21 does not include the casino gambling revenue from the Seminoles, and with the three sports betting bills filed on Monday making no mention of the Tribe, more fuel may soon be to be added to the fire.

Another main point of contention stems from Amendment 3, which was passed by Florida voters during the 2018 midterm elections and reads as follows:

In the constitutional amendment’s current form, a legal challenge could arise since sports betting could be classified as “casino gambling,” which means a ballot measure and approval from Florida voters would be required.

One could argue that a casino is not required to offer sports wagering—since betting lines and odds could be offered online and via mobile betting apps—so it wouldn’t necessarily have to be classified as “casino gambling.”

But between the embroiled tensions with the Seminole Tribe and the legal challenges the legislation may face from Amendment 3’s language, it may be a long time before legal sports betting comes to Florida—if it ever sees the light of day at all.