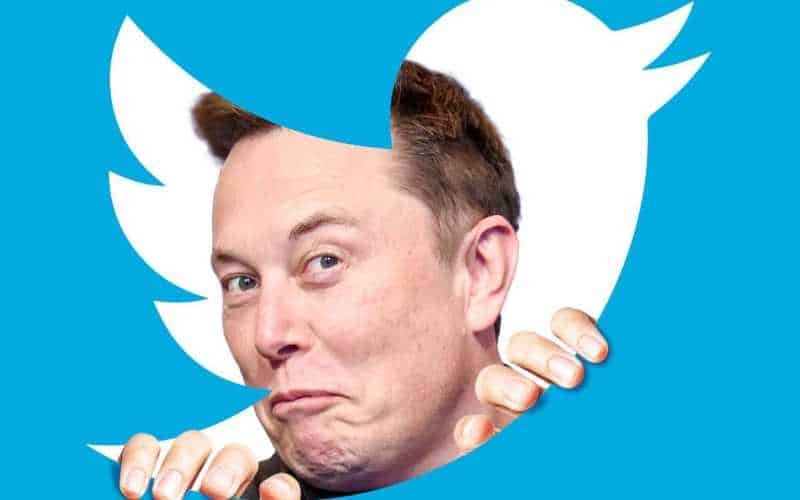 Over the last few months, Elon Musk had been getting increasingly tired of Twitter’s selective TOS enforcement and shadowbanning policies.

To remedy that, just a few weeks ago, the richest guy on the planet purchased 10% of the company. This made him the single largest Twitter shareholder.

By Musk’s logic, the move would give him a voice on the Twitter board of directors as he sought to reestablish the social media platform’s long-abandoned founding principle of unfettered “free speech.”

But of course, the board didn’t want a popular and powerful free speech advocate in its midst, so it told Musk he’d have to undergo several unnecessary and invasive background checks to become a voting member.

Musk demurred and then promptly abandoned his bid for a seat. Instead, opined Musk out loud, he’d simply buy the company outright and take it private.

This, naturally, was terrifying to the status quo, and the board quickly adopted a so-called poison pill to defend against any Musk acquisition attempts, publicly decrying the threat of a “hostile takeover.”

Naturally, the #fakenews media did its part as well, too-loudly laughing the very notion of Musk buying Twitter out of the room as so much nonsense.

In fact, that adamance and manufactured confidence even got to the bettors over at MyBookie Sportsbook, where as late as yesterday, these were the odds on the proposed Musk Twitter acquisition:

Will Elon Musk be able to take Twitter private?

Well, fast forward 24 hours, and that particular Elon Musk betting line is off the boards. The deal is done.

(Even after the acquisition, he’s still the world’s richest person by about $60 billion over number-two Jeff Bezos – who tried and failed to throw shade at Musk in light of yesterday’s news. Bezos temporarily forgot how he made his own fortune, apparently.)

Amusingly, the narrative has now been shifted to the idea that Musk’s free speech ideals are “fascistic” and “dangerous.” Because of course they are.

It’s all so ironic.

This has become especially apparent as he’s doubled down on attacking the “elite” status quo. Musk is very much the king of billionaires, but outside of giving lip service to AGW hysteria (if only to sell some cars and, more importantly, a whole bunch of Tesla stock), he doesn’t seem to embrace anything else held sacred by the club.

Basically, Musk doesn’t even want to be in the club.

This salvo across the belly of Bill Gates pretty much sums it up: 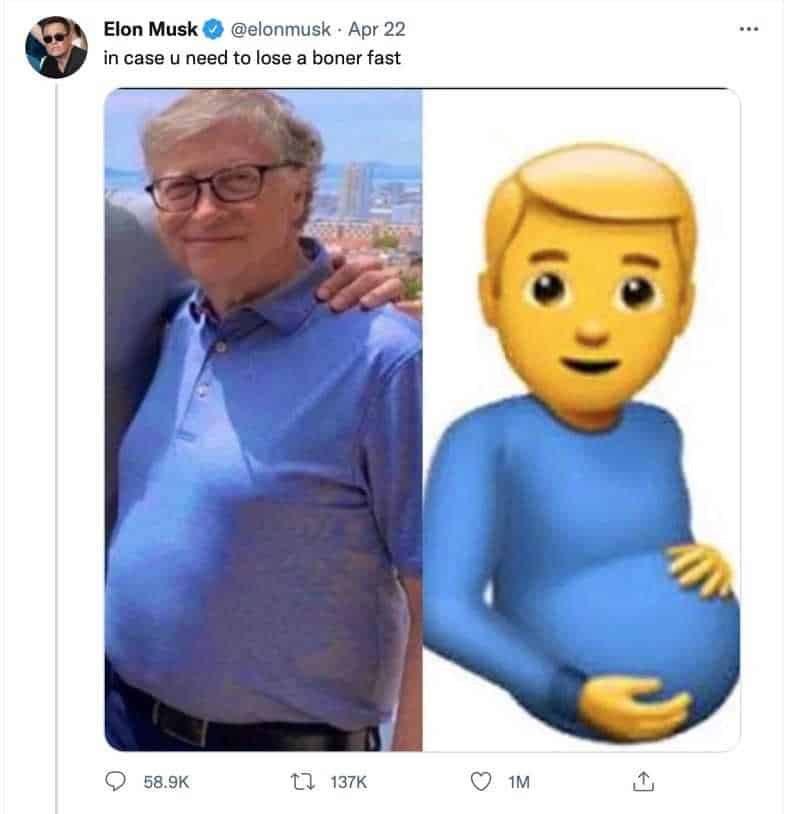 Musk has also had a sort of political awakening in recent years.

First, he had to move Tesla manufacturing out of California as a result of draconian COVID lockdowns in the state, against which he was particularly – and unpopularly – outspoken.

Then, he named names on social media and riled some more feathers.

But now that Musk has come out in favor of something as radical and unfathomable as free speech, they’ve all turned on him in unison.

Now, Elon Musk is an #apartheidbaby, a #whitesupremacist, and a #transphobe.

But, hey, at least we can dispense with the notion that the Musk cult of personality was ever actually about the “science” in the first place. The “science” only mattered when the mob loved the messenger.

At any rate, only one relevant political betting line to this comedy remains (via MyBookie):

Now that Musk has purchased Twitter, many believe that he’ll reinstate President Donald Trump’s account on the platform. And that would seem to be in the spirit of Musk’s alleged commitment to free speech.

However, the two aren’t exactly besties.

Back when Trump was elected the first time, he briefly had Musk as a part of his administration. The popular African American was supposed to be the “Tech Czar” or something.

However, there were issues, and Musk soon left, saying he felt betrayed or back-stabbed by The Donald. If he still feels that way (and that might be a big “if” considering the changing tides), maybe he won’t be extending the olive branch before the end of the year.

Also, Trump himself has indicated that he’s got no intention of returning to Twitter. And why should he? Trump’s still enjoying free rent in heads worldwide.

Of course, all that could change after the 2022 Midterms.

As a final addendum to this ongoing intrigue, it’s amusing to recall all the times over the years that conservatives have been rebuffed and ridiculed for their opposition to the censors in Big Tech.

The main admonition of the leftist, nose high in air, always went something like this:

But now that someone of divergent politics – and, it should be pointed out, barely divergent politics, as Musk is a pretty cookie-cutter milquetoast Libertarian blasting blunts with Joe Rogan on Internet radio – finally complies with the spirit of that old chestnut, suddenly the idea is offensive and terrifying to the ones who suggested it in the first place.

Top keks all around.