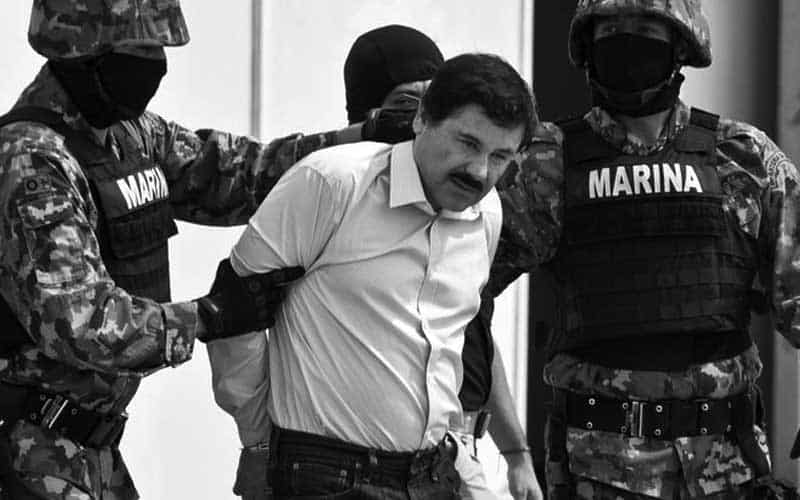 Immediately after his sentencing, MyBookie released prop bets for the criminal’s future in prison, including his escape chances, cause of death, and possible book authorship.

Guzmán, 62, will be incarcerated in the United States Penitentiary Administrative-Maximum Facility, referred to as ADX Florence, a supermax federal prison located in Florence, Colorado.

One of the most secure prisons in the world, Guzmán’s lawyer, Jeffrey Lichtman, is doubtful Guzmán will be able to escape.

“No one has ever escaped. It’s absolutely impossible. It’s not even an issue.”

Oddsmakers agree with Lichtman. Chances that Guzmán will escape heavily favor him remaining in prison for the rest of his life at -10000.

Will El Chapo escape from prison?

El Chapo escaped from prison twice in Mexico, however. In 2001, Guzmán escaped through a laundry cart.

After his recapture in 2014, Guzmán’s ordered his associates to build an underground tunnel directly into his cell. This plan worked and he escaped again in July 2015.

Bettors also have access to Guzmán’s cause of death chances, assuming he remains in prison until then.

While odds say it is likely he won’t die from natural causes (+250), oddsmakers don’t believe he will die by prison shank (+1600).

Will El Chapo die in prison by natural causes?

According to the Bureau of Justice Statistics, “Deaths due to natural causes were the least common type of arrest-related death, comprising 5% of all reported deaths [between 2003-09].”

Whether he dies by shanking, natural causes, or any other method, MyBookie is taking action on when he will pass, too.

What year will El Chapo die in prison?

Not all prop bets are morbid or based on his escape. One focuses on Guzmán’s creative side.

Although the current odds don’t favor it happening, Guzmán has +160 odds to write a book while imprisoned. Of course, no title or subject matter is available at this time.

Will El Chapo write a book in prison

Keep in mind that these wagers may take years to pay out, so treat these betting lines like long-term investments rather than a quick turnaround.