Bundesliga Kicks Coronavirus, Takes To The Pitch With Bayer Leverkusen At Werder Bremen 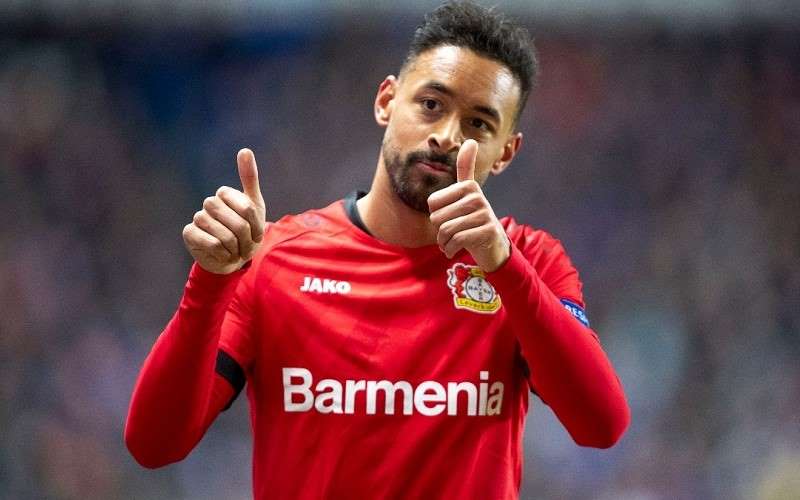 Are you ready for some football?

No, not that kind, you silly Americans.

After pausing play on March 13, the Bundesliga – Germany’s top soccer league and the fastest-growing football association in the world – is finally back in front of the fans.

This past weekend, Budesliga 1 action resumed, with teams playing before crowd-free stadiums, giving home viewers an unprecedented look at the sights and sounds of top-level football without audience noise to drown out the vocal strategizing on the field.

Just as UFC 249 was lauded for giving fans the true sounds of the fight, so too are football fans now privy to aspects of the game that they’ve never experienced before.

For German broadcaster Sky, this new angle of immersion – and the general hunger for soccer after more than two months without it – has been a windfall. Saturday’s five matches netted 3.68 million viewers, more than twice the number that usually tune in on average. And you can bet that punters were a big part of the audience.

Today’s contest – pitting 5th-ranked Bayer Leverkusen (14-5-6, 47 points) against 17th-ranked SV Werder Bremen (4-6-14, 18 points) should be interesting for viewers, but perhaps more for the action on the soccer betting boards than on the field, as Bayer Leverkusen is a heavy favorite.

At Bovada, given that this is Bundesliga football, you can also choose from nearly 150 other wagers on the game, including alternate lines, alternate spreads, and player, team, and game props.

Additionally, live betting will be available once the match starts today at 2:30 PM EST (8:30 PM Berlin). The most popular of these are the following, though you should always check your sportsbook for the most up-to-date lines as odds can shift in the leadup to kickoff.

Draw No Bet – First Half

While the Bundesliga will play out its season sans fans in the stands – and though it seems to be popular among TV viewers and bettors – the decision to conclude the season in empty stadiums is not totally without controversy.

According to a recent poll by ZDF, 62 percent of respondents supported canceling the season outright, while only 27 percent supported the league’s approach to finishing out play.

Of course, given Sky’s ratings, this poll may not be reflective of actual reality (which is all too often the case with polls in general).

About that actual reality, Miguel Delaney of the UK’s Independent is enthusiastic about the resumption of one of the world’s foremost football associations.

By no means should today’s contest between Bayer Leverkusen and Werder Bremen be a barnburner, especially given that the latter won’t even benefit from playing on their home pitch due to the lack of crowd support. But betting should be brisk, and viewership should continue to skyrocket.

If you want to wager on professional football once again (and we’re right there with you, albeit we haven’t come close to getting our fill of the virtual soccer that has replaced league play during the COVID-19 pandemic), you can do so at any legal offshore betting site.

And if you want a free shot at the goal, well, that’s what bonuses are for!