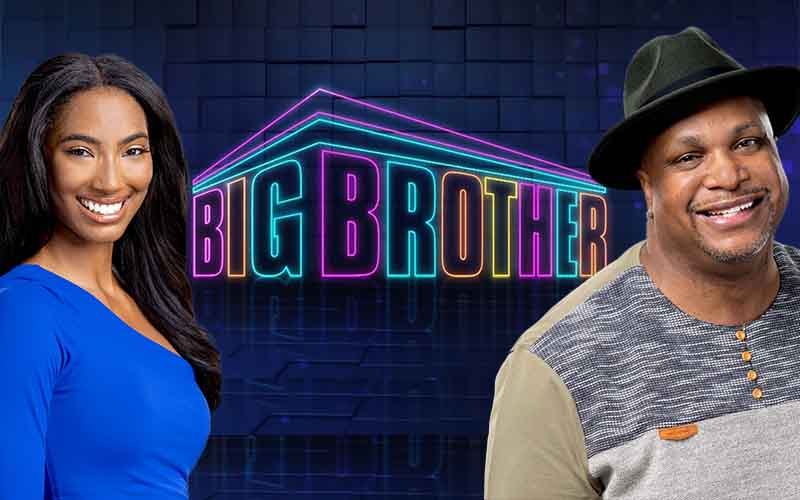 Big Brother USA will air its first live eviction episode of season 24 tonight at 9 PM on CBS where either Taylor or Terrance will exit the BB House and lose a chance at the $750,000 grand prize.

Current odds for betting on Big Brother suggest that Taylor, the former Miss Michigan, will be the first houseguest evicted in 2022. The oddsmakers are so certain of her departure that they require a $3 wager in order to net a $1 win by betting on her eviction.

How Taylor Fell Out Of Favor

Current Head of Household Daniel Durston initially nominated Terrance and Michael, with the intention of targeting the latter. Michael ended up winning this week’s Power of Veto competition and took himself off the block.

This left Daniel with a difficult decision on which houseguest he should choose to replace Michael. Taylor came to the forefront after she dutifully notified a pack of male houseguests – people she assumed were her allies – that Paloma said she wanted to break up the group of men in the house.

Some of the men asked Paloma about it, and her emotional denial actually convinced them that Taylor was lying. Talk about getting rewarded for loyalty, eh?

Watch Paloma spin it to her alliance in the following video.

What Are The Odds Terrance Is Evicted?

Terrance represents the picture of a pawn nominee and does not seem to be the target of any houseguests or the HoH. This scenario was going to be true whether it ended up being Taylor or Michael sitting on the block next to him.

The odds for Terrance to go home tonight are currently set at +200 which roughly converts into a 33% chance of his eviction. Still, that seems a rather reasonable eviction probability for a BB houseguest that is not on anyone’s radar.

If you think Terrance has a legitimate shot at being voted out tonight, legal entertainment betting sites are offering two-to-one payouts at the moment.

We also advise that BB bettors look out for a twist because there is an America’s vote in play this week and there is also a chance that the exit of a backstage pass holder will allow both nominees to stay.

Who Will Win Big Brother 24?

Because the first episode of BB 24 was aired live and the cast was revealed on the day prior, entertainment prop bets for which houseguest will win are only just now populating the boards at online sportsbooks.

Current Head of Household Daniel Durston is in a three-way tie for the lead with Brazillian flight attendant, Indy Santos, and Monte Taylor, a personal trainer from Delaware. Betting on Big Brother odds to win at this early juncture allows online gamblers the luxury of securing massive payouts no matter who the action is being laid on.

The +800 moneyline on the top three Big Brother odds getters can deliver $8 of profit versus $1 of risk, but only if bets are placed right now.

After Michael Bruner’s epic Power of Veto win this week, he now tops the Big Brother betting odds for America’s Favorite Houseguest which will entitle him to a $50,000 reward if he receives the most online votes.

If you’d like to receive a reward at the same time that America’s Favorite Houseguest for BB24 is announced, place your bets at Bovada Sportsbook before these entertainment odds disappear.