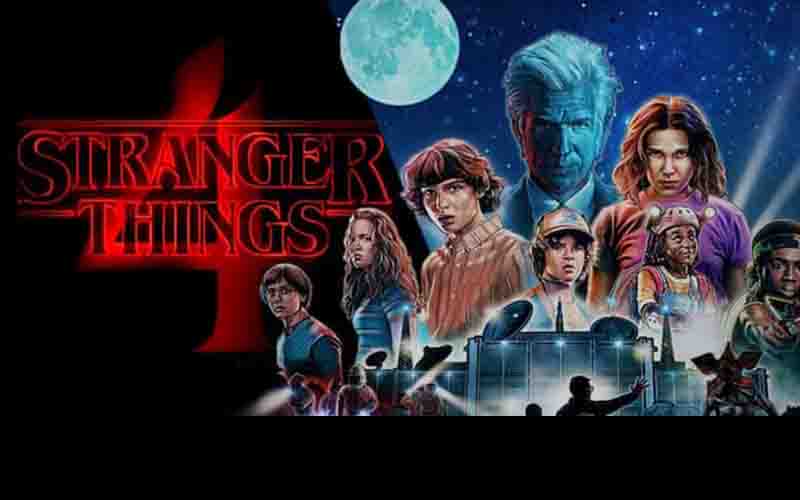 The wait is almost over for fans of the popular Netflix 80’s sci-fi throwback series, Stranger Things, as Season 4 is set to be rolled out just before the end of May.

First up is Bovada Sportsbook whose oddsmakers have posted the following props for betting Stranger Things Season 4.

Characters To Die In Season 4 Of Stranger Things?

It seems that Eleven’s number could be up at some point during Season 4 of Stranger Things, as she currently holds a commanding lead in the above entertainment prop bet.

Eleven’s moneyline odds to die are separated by 350 points from her nearest competitor which features a four-way logjam for second place between Jonathan, Steve, Hopper, and Joyce.

Will Any Character Play Dungeons & Dragons?

Earning a profit on the above Stranger Things odds for a character playing D&D will be difficult as the moneyline for an outcome of “yes” will require a wager of $50 just to net a dollar.

Laying some action on no character playing Dungeons & Dragons presents an opportunity for a profitable hedge bet at +1000. At this early stage, online gamblers could consider placing a low-dollar bet as an outcome of “no” will reward $10 on $1 wagers.

A unique element of these Stranger Things prop bets for appearances or deaths is that more than one option can win. These lines do not expire upon the first death or appearance. They remain on the boards until all episodes are dropped and produce payouts for all contenders who achieve the desired outcome.

MyBookie was not going to be left out of the party and has delivered the following Stranger Things betting lines in advance of May 27th.

Will Character Eleven Die in Season 4?

Again, the death of Eleven seems to be on the minds of entertainment oddsmakers at the sites that top our online sportsbook reviews. While Eleven may be the top odds getter in the Stranger Things death odds, the above prop grants her a decent probability of surviving to see season 5 – if there is one.

The following three props allow for gambling on the fate of Max, Billy Hargrove, and Barb Holland.

Will Character Max Die in Season 4?

Will Billy Hargrove Appear in Season 4?

Will Barb Holland Appear in Season 4?

For those looking for an over/under for Stranger Things 4, the following line implies that Eleven will experience two or more nosebleeds during the upcoming season.

How Many Nosebleeds Will Eleven Have In Season 4?

While the above Stranger Things odds will remain active until an outcome is achieved, they will not last beyond June 1st, the day Netflix will upload the second half of Season 4.