Betting On Fury Wilder 3 Odds: Who Will Win The War To Settle The Score? 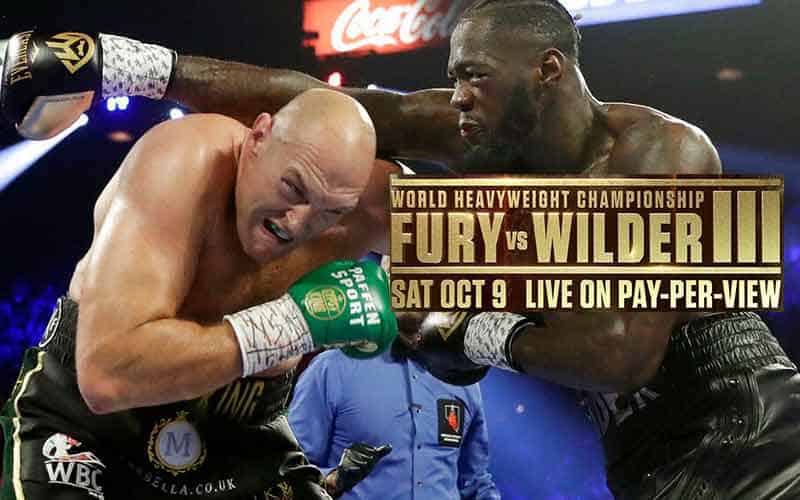 After several postponements due to COVID-19, Fury Wilder III will finally occur tomorrow night on pay-per-view in a brawl to settle it all as Tyson is currently holding the 1-0-1 overall edge.

The odds posted for betting on boxing suggest that Tyson Fury is a heavy favorite with a -285 moneyline on his chances of winning.  Alternatively, Deontay Wilder is featured at +225, offering underdog boxing odds that will qualify for $2.25 wins for each $1 bet if he defies what current lines are suggesting.

But how will it all go down tomorrow night?

The first bout between Fury and Wilder from 2018 resulted in a split decision that satisfied neither party. Fury Wilder 2 was more decisive, however, as Deontay’s corner threw in the towel in the 7th as he was bleeding from the ear and dazed.

Why Heavyweight Boxing Fans Should Be Rooting For Wilder

Generally speaking, boxing does not hold the position that it did in the ’90s among television audiences and gamblers that visit the sportsbooks that are listed among our online sports betting site reviews.

No class of boxing has felt that sting to the degree of the heavyweight division, as Deontay Wilder and Tyson Fury represent the last two marketable fighters that can draw significant pay-per-view buys in 2021.

If Wilder can score an improbable victory over Fury, that will place their face-to-face record against each other at 1-1-1, leaving the door open for a fourth and final fight.

However, if Tyson confirms the current heavyweight boxing odds and wins Wilder Fury III, a fourth fight will be rendered moot as a conclusive victor will have already been determined. If that is the case, betting on celebrity boxing could begin to outrank its non-exhibition counterpart in overall interest, at least in regard to the heavyweight division.

How Fury Wilder 3 Will End

Bovada Sportsbook has posted a large selection of round betting options that predict the exact outcome of the fight as well as the round that it will occur in. Because so many variables are factored into the betting, the moneyline odds are often in the high triple-digits, offering massive cash jackpots for gamblers that can guess the exact outcome correctly.

One particular boxing prop bet is offering -120 moneyline odds that declare Tyson Fury will win by knockout, TKO, or decision.

A -240 moneyline is offered for the fight ending in less than 10.5 rounds, and slimmer odds are offered for the bout stopping prior to each respective round from 9 through 3.

In a line that offers round betting options for each fighter for all 12 rounds, the moneyline that is drawing closest to even is the +250 odds for the fight to go the distance between Fury and Wilder.

Options are on the table for boxing bettors to lay some action on who will win, how they will do it, and when it will happen. Online sports bettors will need to ensure to get their wagers in before the opening bell of Fury Wilder III, because although there are live boxing odds, the options narrow considerably once round 1 begins.