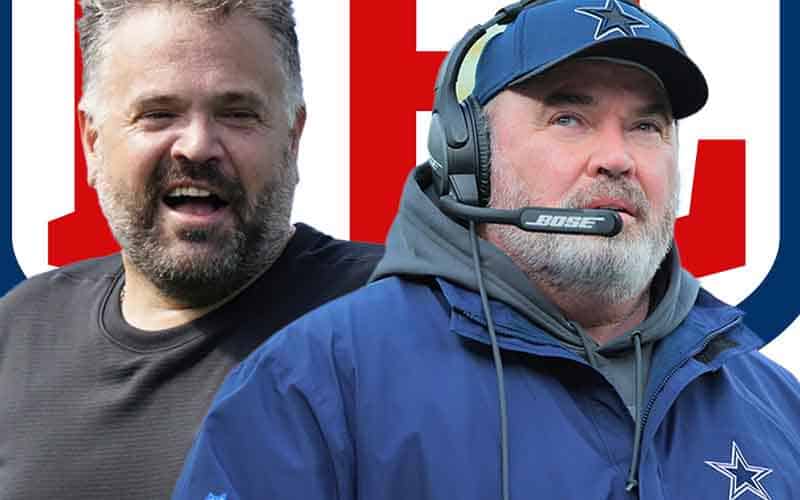 We are now 17 days away from the opening game of the 2022-23 NFL season, and there are already odds on the boards for the first head coach that will be packing up their office for good.

Bovada, one of the top betting sites among our online sportsbook reviews, has posted the following NFL prop bet with moneylines on all 32 head coaches in the league.

Leading the termination odds is Carolina Panthers head coach Matt Rhule who is coaching a roster that features a logjam at the quarterback position. Youngsters Sam Darnold and Baker Mayfield will now battle for the starting nod without rookie Matt Corral’s presence as he has been lost for the season with a torn ligament in his foot.

Outside of Rhule, the lowest hanging fruit in the above “top ten” are Ron Rivera of the Washington Commanders and Robert Saleh of the New York Jets.

Rivera gets the maximum out of his roster, but he could end up on the hot seat if the Commanders are well out of first place in the NFC East after a few weeks.

The NFL moneyline odds for coach Saleh of the Jets stand out at +1400. Although he is entering his second year in New York, Saleh only managed to win 4 games in his first effort.

The Middle Of The Pack

Most of the above head coaches are deemed safe for this entire season unless a monumental tank job takes place. Take Todd Bowles of the Tampa Bay Buccaneers as an example.

This will be his first season as the Bucs coach, but a few consecutive losses at the beginning of the season could scare ownership into making a drastic move. When the goal is championship or bust, the ax can come down quickly.

Arthur Smith of the Atlanta Falcons features the most reasonable odds among the mid-tier. Considering the roster that general management has provided coach Smith with, we’d be surprised if they weren’t understanding when they inevitably come up short this year.

Even Doug Pederson of the Jacksonville Jaguars appears untouchable. As long as Pederson turns in a performance resembling a legitimate head coach, he should remain in good standing until at least 2023-24.

The above 9 NFL head coaches are not going anywhere this year unless they choose to. In the realm of NFL betting, anything can happen – just ask Jon Gruden. These coaches have earned enough credit to ride out the season at the bare minimum, barring any unforeseen off-the-field issues that could arise.

Regardless of which NFL coach you bet on to get fired, they will all deliver payouts that exceed the amount wagered. Lay some action now if you have a favorite that catches your eye.