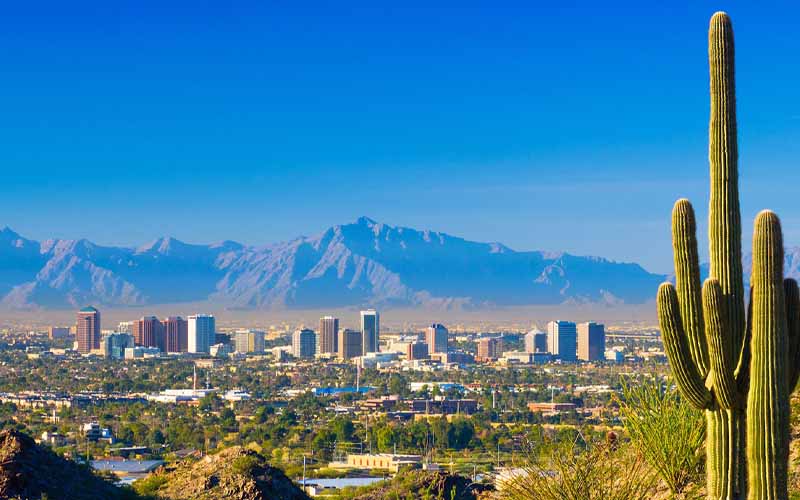 AZ lawmakers are looking to expand their current gambling offers by allowing wagering in tribal venues.

The state of Arizona introduced a new sports gambling bill on January 23rd, 2019. Arizona’s recently submitted Senate Bill 1158 to its fifty-fourth Legislature would permit sports gambling in tribal-run casinos which have existing gaming compacts with the state. The hope is that this Senate Bill is favored by the native tribes in the state which hold significant political influence over the legalization of betting.

The previous AZ sports gambling legalization bills presented to the Arizona legislature had staunch opposition from local native tribes since the rights to provide sports gambling were offered exclusively to bars and liquor establishments rather than the tribes themselves. They reasoned their opposition being that sports gambling in venues outside of tribal-run operations would hurt their casinos, which share profits with the state.

Under Arizona’s SB 1158, federally recognized native tribes with state gaming compacts would have the exclusive right to offer sports gambling options within the state of Arizona. The bill would amend Arizona Revised Statutes by adding Chapter 10, which regards sports betting. Under SB 1158, tribal can also enter contracts to offer wagering through kiosks or similar machines in venues with active beer, wine, and liquor licenses.

SB 1158 would only allow AZ players 21 and older to wager. Casinos operating under state gaming compacts contributed $107 million in tax revenue to the AZ Government in the 2018 fiscal year. 88% of that contribution was allocated to the Arizona Benefits Fund, which provides funding for tourism, trauma and emergency services, public education, and wildlife conservation.

Local state tribes have not shown any opposition to this bill meaning that SB 1158 has the potential to become a gambling law and Arizona may become the next US state to legalize sports gambling. However, the bill must make it out of the Senate and pass the House before it can reach the Governor’s desk for it to become an official AZ law.