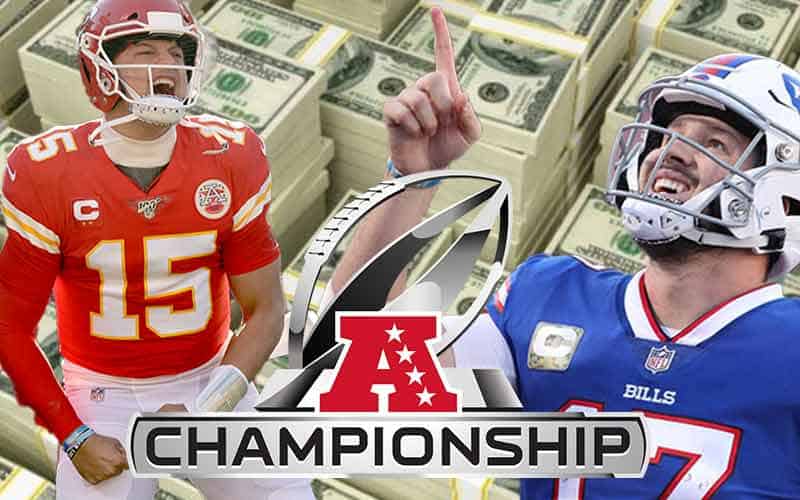 When a Conference Championship Game pairs up the top 2 seeds, it is hard to say that the results are surprising. Given the difficult field that the AFC Playoff bracket provided in 2020-21, advancing to the final game is no easy task.

Earning the top seed in the AFC is also incredibly difficult, and KC deserves all the spoils that come along with it. All 7 teams that made it to the NFL Playoffs in the American Football Conference this year were 11-6 or better, with the Miami Dolphins missing the postseason despite winning ten games.

Although the Kansas City Chiefs were able to make it to the AFC Championship Game via a single victory over the Cleveland Browns, they did so without the services of QB Patrick Mahomes who exited the game in the third quarter due to a concussion.

It is assumed that Mahomes will be under center this Sunday when the Buffalo Bills visit Arrowhead Stadium, and oddsmakers are also making that assumption as the Bills are three-point underdogs according to the odds posted at the top Super Bowl betting sites. Stay tuned because Patrick Mahomes has yet to be cleared to return to action.

The above point spread and over/under provided by Bovada project out to a final score of 28-25, with Kansas City advancing to Super Bowl 55 where they’ve been favored to win since just after last year’s championship game.

Buffalo is experiencing a resurgence as a franchise this season after a long absence from NFL relevancy. Their fanbase is still in place dating back to their run in the early ’90s that saw their beloved Bills lose four Super Bowls in a row.

Now, third-year quarterback Josh Allen has the Bills within striking distance of Super Bowl 55, and his pairing up with free agent WR Stefon Diggs has been incredibly potent during the 2020-21 NFL Season.

Allen, who was known as more of a rushing threat than a passer prior to this year, set the Bills’ single-season passing record for yardage and touchdowns, proving that he is a multidimensional talent that can outhustle an opponent by any means necessary.

The NFL Playoff betting odds suggest that the Chiefs will win by a field goal if you trust the point spread, but something to consider is that there have been 3 underdog winners so far in this year’s postseason.

Whoever ends up making it from the AFC bracket already has an edge in the odds to win Super Bowl LV, as the following line has granted the winner of Sunday’s matchup between KC and Buffalo a 25 point advantage in the money line.

The window is open for Mahomes and Cheifs’ head coach Andy Reid to win back-to-back Super Bowls and establish their legacy, or for Josh Allen and the Buffal0 Bills to erase the painful memories of their second-place finishes of the past.

Be sure to tune in to the game this weekend on CBS at 3 pm, and don’t sweat it if you can’t get your bets placed before kickoff. The top online NFL sportsbooks that we suggest on this site offer a variety of live betting odds and prop bets that receive action throughout the game.