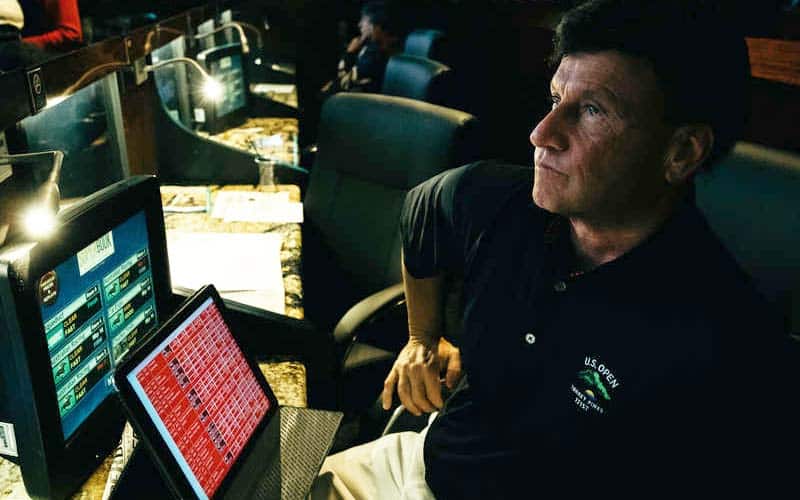 As the finale of Showtime’s docu-series Action drew to a close, Timothy Fong, MD, a professor of addiction psychiatry at UCLA, ponders the potential good that could come from legalized sports betting in the United States.

“Risk-tasking immigrants, who were willing to travel really dangers conditions to seek a new life,” he answers. “We were built on a nation of gamblers. We should embrace it. We should celebrate it. We should say ‘how do we gamble in a more healthy fashion? How do we do it in a way that makes society better?’”

Those are important questions to ask and need to be answered soon as states look to pass sports betting legislation (8 states had legalized and 31 states had pending bills at the series’ end) in the coming months and years.

Episode 4 marks the end of Action and the series finale spends most of the episode focusing on the unofficially biggest sports gambling holiday of the year in the US — the Super Bowl.

Each year, the final game of the NFL season sees billions of dollars ($6 billion estimated for Super Bowl 53) in wagers and Jay Kornegay and John Murray, oddsmakers at Westgate Superbook in Las Vegas, Nevada, said they see people from all backgrounds — both men and women, young and old — come to take part in Super Bowl Sunday each year, bringing in the biggest handle of the year as a result.

Kornegay provides some insight into point spreads, explaining how for this year’s big game, Super Bowl 53, their power ranking model showed the Los Angeles Rams as a 1-point favorite and how the public action on the New England Patriots swung the spread to their favor with the line closing at -2.5 for the Pats.

And while the Super Bowl is the biggest game of the most popular sport in America, there is another reason as to why sportsbooks see more wagers on the championship game than they see in an entire week’s worth of NFL games during the season.

“Another huge part of the Super Bowl weekend are the proposition bets,” Kornegay said. “Prop bets are the game within the game, like ‘how many yards Brady is going to have? What’s going to happen first: a field goal or a touchdown?”

Murray went on to say that the Westgate Superbook had “over 400 prop bets” posted on the outcome of nearly every play for Super Bowl 53.

“If you can’t find something to bet on, then I don’t know what to tell you,” he added.

The last episode of Action also brings back pretty much everyone who has made an appearance so far in the show and highlights how they celebrate the biggest sports betting day of the year.

Bill “Krack” Krackoomberger heads back home to place dozens of wagers on both the Patriots and prop bets at the state-licensed and regulated sportsbooks in New Jersey. Action then tells us he’s launched an app called “KRACKWINS” that focuses on betting insights based on his experience as a professional handicapper.

Kelly Stewart placed a bet on the Rams and at the series’ conclusion, she signs with a talent agency and begins to take offers from major networks in hopes of becoming not only a nationally-recognized expert on sports gambling as it becomes mainstream but also become the woman who breaks the glass ceiling in the male-dominated industry of sports betting insiders.

Todd Wishnev shows us a glimpse of the ups and downs in life that the casual sports bettor will face as they balance the love of sports and the realities of a 40-hour work week. He put money on the Patriots, and it could be argued that he enjoys the “community” and “sharing a passion for something” aspect of sports betting that brings people to the casino he regularly visits more than the act of wagering itself.

While not in this episode of Action, the show does say that Martin and Tim Crowley donated $1.1 million to charity after Tom won the 2018 DraftKings championship in daily fantasy sports.

“Vegas Dave” Oancea continues his tout business and goal of becoming a billionaire, telling his subscribers to bet on the Rams and offering his 2019 NFL season “advice” package for free if he’s wrong. He was charged with using multiple social security numbers and plead guilty to the misdemeanor in federal court. His final sentencing will come in May 2019.

The Illegal Bookie makes a brief appearance, detailing how he also receives more action on the Super Bowl than any other day of the year. At the end of the episode, Action simply states that his “business remains highly profitable, and he continues to enjoy his day job as a _________.”

Las Vegas high roller David Halpern ends the NFL season with a seven-figure profit and decides to hedge his preseason futures bet on the Rams to win it all by betting on the Patriots in Super Bowl 53. He goes on to say that he does not recommend hedging, saying it’s “completely overrated, it’s for amateurs — there is so many reasons you should not hedge” before ultimately, hedging his own bet because “it just will not taste good at dinner time if I don’t hedge the bet and guarantee a profit.”

The Patriots would go on to defeat the Rams by a score of 13-3 in a grueling, low-scoring matchup that no one saw coming.

But more importantly, the Patriots covered the 2.5-point spread, causing a big loss for the sportsbooks since roughly 75-80% of the handle was on the Patriots.

At the end of the series, many experts concur that sports betting was legalized in each state, then it would increase the value of all sports leagues, create thousands of jobs in the gambling industry, and bring sports betting to the mainstream.

Super Bowl-winning quarterback Russell Wilson thinks it will increase the salary cap of the major professional sports leagues, increasing the annual salary of NFL players and of pro players in the NBA, MLB, and NHL among others.

With estimates in the hundreds of billions of dollars each year, experts also predict that entire networks and new types of businesses would likely result from passed legislation and competition in the market place.

All-in-all, Showtime’s Action does a great job of chronicling the Supreme Court decision that led to sports betting being legal at the state level and what transpired after the repeal while hinting at what’s coming next.

My main criticism of Action is that the show merely glosses over how much tax revenue would be generated from state-regulated sports wagering and how that’s arguably where the biggest impact will be felt.

After all, many states (all should be required) that have passed bills to legalize sports wagering have sent the revenue to fund public education and/or infrastructure projects at the local level. In turn, this helps the states give all children a better education while ensuring that communities can continue to grow from the investment generated thanks to the tax revenue from sports betting.

As someone who had their university education paid for in full thanks to a state lottery, I can only imagine the huge potential that sports betting could have if it’s handled in the right way and done for the greater good as Dr. Fong suggested.

The future of sports betting legalization in the United States may be cloudy at the moment since it’s trickling out on a state-by-state basis, but the odds of it going anywhere are slim to none, as detailed in Action.

And, after watching the series yourself, if you’re still confident that legal sports betting won’t change the way we watch sports and place bets, then let’s put some money on it.

Because I’ll gladly take that bet.