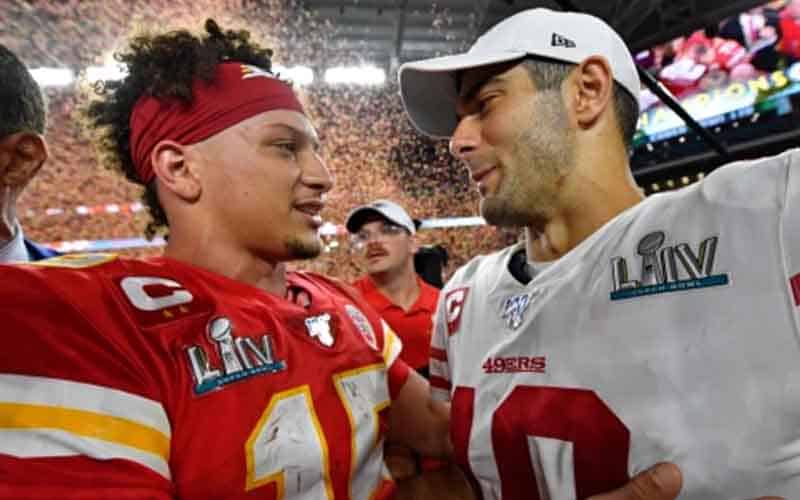 All 32 NFL teams are still alive in the hunt for the 2022-23 playoffs after the conclusion of Week 12, with the top seed in the AFC and NFC still up for grabs.

The Philadelphia Eagles have held the top spot in the National Football Conference for most of the season, but they’ve still yet to secure a sizeable lead in the NFC East Division.

The current NFL Playoff picture bracket reveals that every single member of the NFC East would qualify for the postseason if the year ended today. 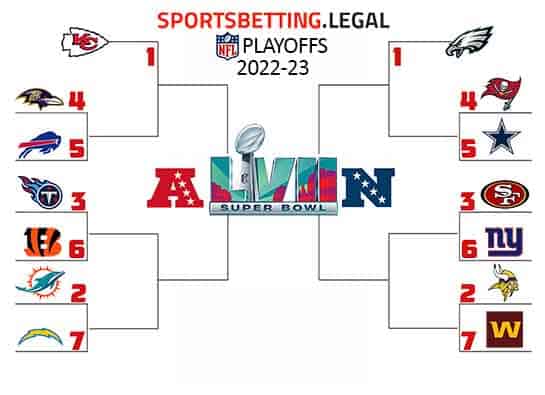 Despite some unusually strong performances by some NFC teams, the top franchises in the conference seem suspect save for the San Francisco 49ers and the aforementioned Eagles.

While betting on the Tampa Bay Buccaneers has been a wise wager in the past, Tom Brady and company dropped another game this weekend to the Washington Commanders. However, they still reside atop the NFC South Division even though they’re now sporting a losing record at 5-6.

The New York Giants’ stock has been sinking as of late. After losing to the Dallas Cowboys on Thanksgiving Day, the Giants are the clear-cup third-place team in the NFC East, with Washington now nipping on their heels.

The once mighty Vikings appear vulnerable after their Week 11 blowout loss to the Cowboys and are holding on to their number 2 seed tightly as the 49ers gain momentum.

The current odds for betting on the NFL Playoffs suggest that the Eagles and 49ers are the top dogs of the NFC.

The Buffalo Bills were the early season favorite to win Super Bowl LVII, but they’ve since fallen to the middle of the pack in the AFC and would be the #5 seed if the NFL Playoffs began today.

The Kansas City Chiefs once again find themselves in the AFC’s top spot with a commanding 3-game lead in the AFC West Division. The Miami Dolphins have been impressive thus far, and are currently leading the AFC East, but oddsmakers suggest that the Bills will recapture the division and one of the top four seeds in the AFC half of the playoff bracket.

Thanks to the Indianapolis Colts’ loss to the Pittsburgh Steelers last night, the Tennessee Titans are running away with the AFC South despite performing under expectations in 2022.

The Cincinnati Bengals and Baltimore Ravens are tied at 7-4 for the AFC North lead, but neither appears poised for a deep postseason run.

The one outlier is the Seattle Seahawks. They’re currently out of the playoffs because of their loss yesterday to the Las Vegas Raiders, but the current odds suggest that they’ll claw their way back into contention by season’s end.