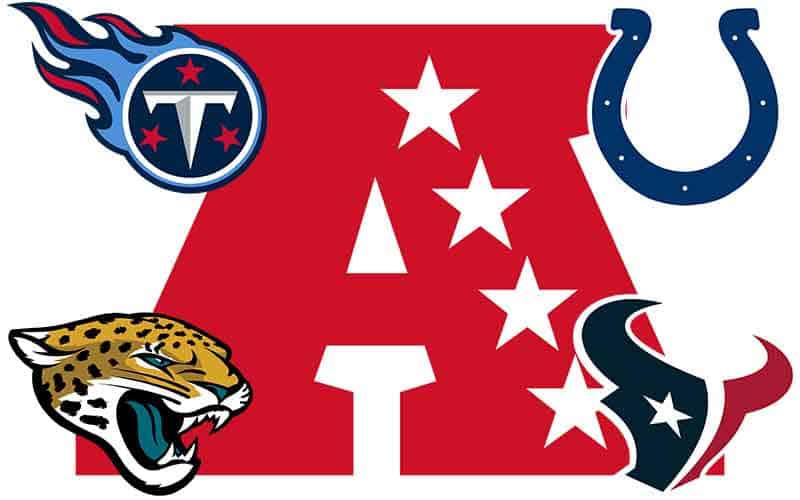 The Tennessee Titans have won the AFC South Division for the past two seasons, but 2022-23 could be the year where the Indianapolis Colts and their roster of young talent take over.

Current NFL betting futures for each division have been released at our top online sportsbooks that predict the winners and also indicate what the final standings will be.

For this analysis of the AFC South, we’ve compiled the futures odds from the four major NFL sportsbooks that top our list and have placed them in the following order next to each team’s name for reference – BetOnline | Bovada | MyBookie | BetUS.

All four major NFL betting sites agree that 2022-23 will be the season where the Indianapolis Colts finally get over the hump and win their first division title since 2014.

The Colts are the latest NFL franchise attempting to make a quick turnaround by signing a well-established veteran QB, bringing in former Atlanta Falcons quarterback Matt Ryan for this season. Ryan should be enough of an upgrade to deliver on the current NFL betting projections, pairing him up with arguably the best RB in the game, Jonathan Taylor.

The Titans will return to the gridiron in 2022-23 with Ryan Tannehill and Derrick Henry at quarterback and running back, respectively, but they will be without the services of veteran wide receivers AJ Brown and Julio Jones.

Across the board, online NFL Playoff betting sites predict that the Titans will finish in second place, but they could represent the best betting option in the division as they are not a team that relies heavily on the passing game.

The lowly Jaguars have added a new head coach in Doug Pederson who won Super Bowl LII with the Philadelphia Eagles. Pederson’s arrival should aid in bringing some consistency to the team following the Urban Meyer experiment from last season.

Jacksonville has held the top overall pick in the NFL Draft for the past two years, resulting in the selection of defensive end Travon Walker out of Georgia in 2022. What at first seemed like an uneducated pick by Jaguars’ general management, Walker now appears to be the real deal and should offer some much-needed QB pressures on the defensive side of the ball.

The Jaguars should improve this year, but will certainly finish behind the Colts and Titans.

The Texans used to be the class of the division, but they’ve been dismantling their formerly elite roster little by little each year. Houston will continue their rebuilding efforts in 2022-23, but they do not have enough talent on either side of the ball to make an impact in the win column.

Both the Indianapolis Colts and Tennessee Titans have a solid shot at earning one of the AFC’s three Wild Card seeds if they do not win the division in 2022-23.  Bovada has provided the following NFL prop bets that ask gamblers to lay action on how both the Colts and Titans’ seasons will end with solid profit potential on all outcomes.