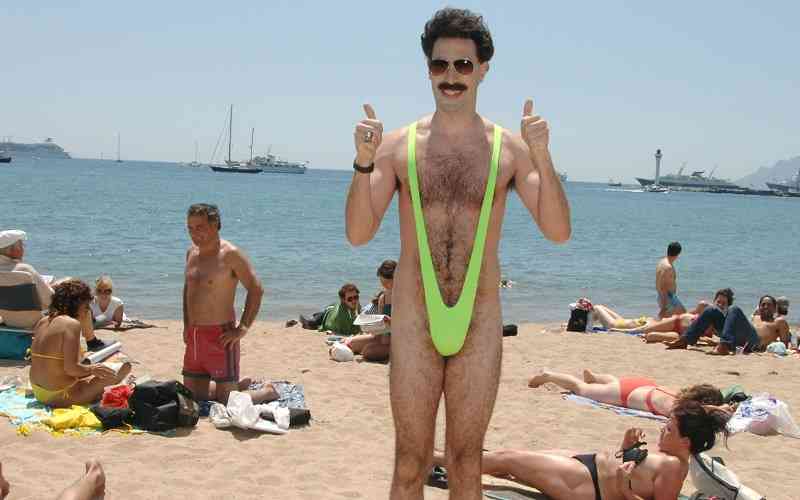 Each year, awards season doesn’t really get started until the Hollywood Foreign Press reveals their Golden Globes nominations, but due to the extension of the COVID-19 pandemic, ceremonies had to be pushed back and decisions had to be made regarding safety precautions.

On February 3, the nominations were dropped and the betting odds for the 78th Golden Globes followed shortly after at the world’s best entertainment sportsbook sites.

Sacha Baron Cohen unleashed “Borat Subsequent Moviefilm” onto Amazon in 2020 and is now the leading the 78th Golden Globes betting odds to win the award for best actor in a comedy or musical film.

The film is a sequel to Cohen’s smash hit, “Borat,” and details the title character’s second journey to the United States, this time with his 15-year-old daughter.

Cohen blends fictional scenarios with unscripted and unplanned events to combine for a raucous, and often raunchy, result. One particular incident that was caught onscreen was a real-life encounter with former New York Mayor Rudy Giuliani and a fictional underage woman in a hotel room.

The actress that played the fictional daughter of Borat, Maria Bakalova, is the top odds getter for best comedy or musical actress, so her performance must have been convincing to more than just Giuliani.

This bizarre blend of comedy and cinema verite has placed Cohen as the most likely male actor to win for their performance in a comedy or musical, and historical data suggests that the favorite wins most of the time.

What bettors should be wary of is the potential for a single film or television show to sweep, and whether or not that particular entity features a contender within the category that is being wagered upon.

What separates Cohen and his Borat sequel from the spectrum of shock comedy and gross-out humor is the expert timing and intermingling of jarring commentaries regarding social practices and international and domestic politics.

Speaking of commentaries on domestic politics, Hamilton is favored edge out Borat to win the Golden Globe for best comedy or musical film of 2020, however, as we mentioned before, there is the potential for a sweep for Cohen and his team.

If the sweep occurs, Borat’s +175 money line odds can earn bettors $1.75 for each $1 wagered on the sequel to win the Golden Globe for best comedy or musical film of 2020.

Although the categories differ from other cinema and television award shows, the nominees tend to set the tone for the remainder of the season. For instance, betting odds for the 2021 Academy Awards were revealed shortly after Golden Globes lines dropped, jump-starting a flurry of action for the next two months at online sportsbooks.

Borat is featured in the Oscar odds for two categories, supporting actress and best-adapted screenplay. Neither are predicted to win at this point, but getting in on the advantageous betting odds now will make you look like Nostradamus when you make your withdrawal.