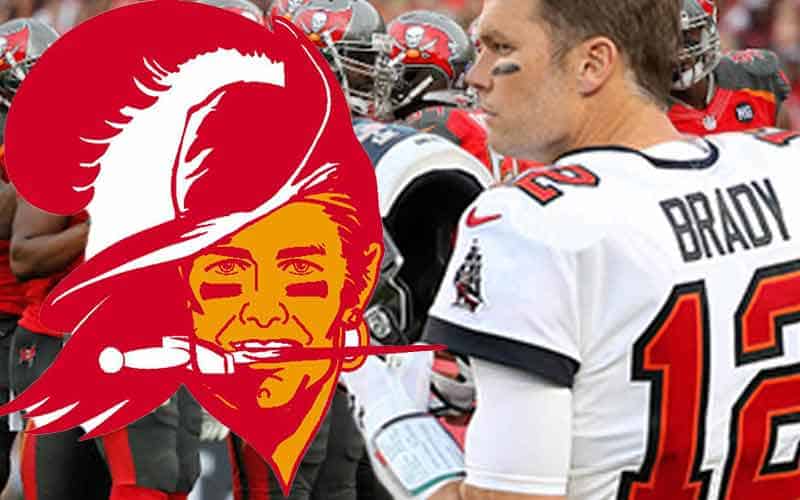 It should come as no surprise that Tom Brady and the Tampa Bay Buccaneers are favored across the board at NFL sports betting sites to win the NFC North in 2021-22. The team has suffered no significant losses to their roster since last year’s championship effort, and all other teams within the NFC North have arguably taken a step back in their overall effectiveness.

The only argument we can make against the Tampa Bay Buccaneers winning the NFC South this season is that, unlike in 2020, they will not be sneaking up on anyone. The Bucs may have added Tom Brady last season, and in hindsight, the NFL should have seen their success coming, but critics were more focused on his struggles toward the end of the prior year in New England where he seemed to lack zip on his passes.

“Tompa Bay” has the band all back together prepared to make another Super Bowl run, and the remainder of the NFC North has taken a step back due to player departures via free agency or retirement. Still, there is some decent coin to be made by betting on the Tampa Bay Buccaneers, and the best moneyline at the moment resides with Bovada at -200.

Drew Brees elected to retire following the conclusion of the 2020-21 NFL season and the New Orleans Saints enter this year with Jameis Winston under center. There is still enough talent on the roster to win more games than not in the Big Easy (Alvin Kamara, Michael Thomas), but given Winston’s history of turnovers, we expect some growing pains as he adjusts to his new starting role.

However, their stingy defense does have the potential to keep them in games so long as the offense can avoid giving the ball away too many times. While we don’t believe the Saints have a legitimate shot at winning the NFC North this season, a key injury or two on the roster of the Buccaneers could provide an avenue for success.

Any bets made on the Saints this preseason should be laid at BetOnline and their current NFL moneyline odds of +375.

The Atlanta Falcons will look to improve on their lackluster defensive efforts, but they’ve done little through the NFL Draft and free agency to address their inability to keep opponents from scoring points en masse. During the offseason, Atlanta lost all-star wide receive, Julio Jones, to the Tennessee Titans, and has yet to re-sign running back Todd Gurley despite him delivering on all expectations in 2020-21.

We are excited to see what rookie tight end Kyle Pitts can do in this Atlanta offense, and we expect him to make up some of the receiving numbers that were lost when Jones left the team, but this season does appear to have all the makings of a last gasp for QB Matt Ryan and company.

The NFL is a league of parity, however, and the Atlanta Falcons are made up of professional athletes that are expected to perform and win. For online sports gamblers that like to take risks, bets on the Falcons should be made on the +800 football moneyline offered by BetOnline.

When betting on the NFL Playoffs and the potential teams that could qualify, the Carolina Panthers do not command much attention. Running back Christian McCaffrey is arguably the most dominant offensive force in the NFL and is as close to one can be to being unstoppable at this level of football. That said, the Panthers traded for QB Sam Darnold from the New York Jets, and that does not give our staff or NFL oddsmakers any confidence for this season.

We think they were better off sticking with Teddy Bridgewater who has now been declared the Week 1 starter for the Denver Broncos, but perhaps the Panthers’ scouts are seeing something in Darnold that the remainder of the league did not. If Sam Darnold suddenly begins playing lights out football and slinging darts into the endzone, perhaps they could muster up a few wins against unsuspecting teams.

If you are brave enough to bet on the Carolina Panthers to win the NFC South this season, doing so at Bovada is best as their moneyline odds of +1000 will payout $10 for each $1 wagered.