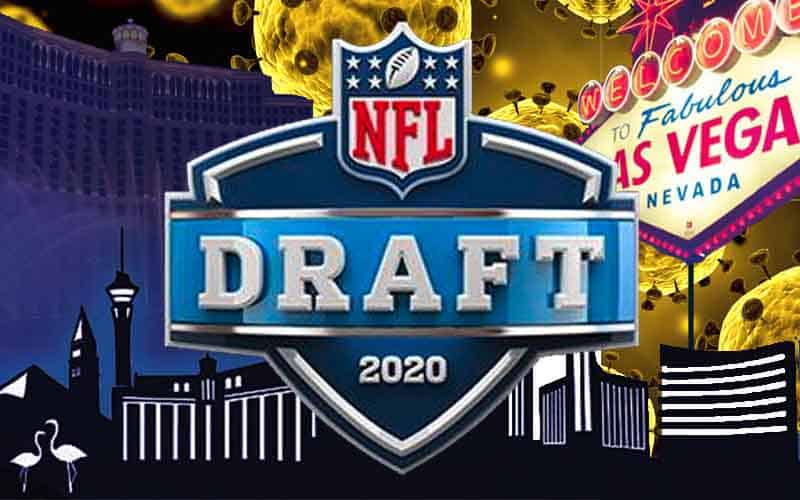 With their first pick in the coronavirus pandemic, the top online sportsbooks select the 2020 NFL Draft betting odds to get them through the sports-less nightmare.

As the number of COVID-19 confirmed cases and deaths continue to rise in America and worldwide, the chances of seeing sports come any time soon become slimmer by the day.

Legal betting for the NFL won’t ramp until preseason begins in August, so the 2020 NFL Draft from April 23-25 is one of the few opportunities to receive instant payouts on winning wagers from football—or any other sport for that matter.

However, it’s worth noting that there are still tons of lines available and a slew of new ways to wager. We’ve made a list for everything you can bet on during the coronavirus pandemic.

This year’s Draft was going to be one of the most anticipated events during the NFL offseason. Las Vegas, Nevada—a.k.a. The Gambling Capital of the World—was not only scheduled to host the Draft, but the public would’ve gotten their first up-close look at the Raiders’ new facility and stadium.

Due to the ongoing crisis, the NFL has scrapped the entire event and will televise and stream the Draft from a studio instead, which has raised its own separate set of issues.

According to Yahoo Sports, the NFL general manager subcommittee recently recommended, by a 6-1 vote, that the league delay the Draft because of “teams’ difficulties in preparing for the event” and timing concerns for “physicals, psychological testing and gathering further information about players.”

There are no other sports to compete with for media attention, and the league has stated it has “no plans” to postpone the event. An expected move, especially given NFL Commissioner Roger Goodell’s track record, or lack thereof, for prioritizing player safety.

With March Sadness extending into April and likely many more months after, sportsbooks hope the 2020 NFL Draft can draw a ton of action to help make up for lost revenue.

So far, the oddsmakers at Bovada Sportsbook have kept online betting alive by coming up with new types of bets almost daily. Fortunately for them, the Draft is a regular staple at the betting site.

Other than the Cincinnati Bengals selecting LSU quarterback Joe Burrow with the first overall pick, every other player’s post-college football fate is unknown.

However, you can see what oddsmakers predict based on the dozens of 2020 NFL Draft prop bets that have been released before millions of quarantined football fans and bettors from around the world simultaneously boo Goodell from their living rooms.

Who will be the first running back selected?

Who will be the first wide receiver selected?

Who will be the first tight end selected?

Who will be the first offensive lineman selected?

Who will be the first linebacker selected?

Who will be the first safety selected?

Which team will draft Chase Young?

Which team will draft Tua Tagovailoa?

Which team will draft Justin Herbert?

Which team will draft Jerry Jeudy?