XFL files for bankruptcy, all bets are off for 2021 odds 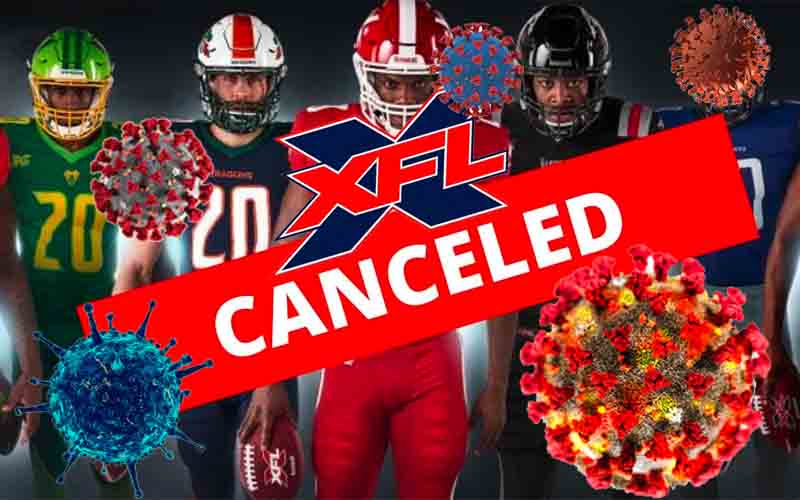 Just when you thought the XFL was going to become the next great way to bet on sports legally, one microscopic spiky boy decided to ruin everything by crashing the football league’s second inaugural party.

And this time, the pro football alternative may be done for good unless owner Vince McMahon, the CEO of WWE, believes the third time is the lucky charm.

After suspending all operations and staff on Friday, April 10, the XFL officially filed for Chapter 11 bankruptcy on Monday, according to ESPN.

“The XFL quickly captured the hearts and imaginations of millions of people who love football,” the league said in a statement. “Unfortunately, as a new enterprise, we were not insulated from the harsh economic impacts and uncertainties caused by the COVID-19 crisis. Accordingly, we have filed a voluntary petition for relief under Chapter 11 of the U.S. Bankruptcy Code. This is a heartbreaking time for many, including our passionate fans, players, and staff, and we are thankful to them, our television partners, and the many Americans who rallied to the XFL for the love of football.”

But even with no cash to their name, the XFL official Twitter still found time to go out on a dank meme.

Legal XFL betting was an exciting prospect considering the league’s progressive stance on sports gambling. Sadly, the XFL began with the first game of the 2020 season on February 8, but just five short weeks later, its last game would take place on March 8.

Now, exactly one month after the launch of the rebooted league, sportsbooks have taken down all XFL lines and futures. If you want to see what your favorite team’s chances were, then here’s a look at the opening and closing 2020 XFL championship betting odds at Bovada Sportsbook.

Out of hindsight 2020 XFL Bets

Our 2020 XFL Betting Odds preview provided a breakdown of the championship futures but also some spicy props that were available before any games were played.

At the time, ceasing operations and canceling a title game was “very unlikely” to happen, and oddsmakers even released props on whether the XFL would last. Needless to say, if you took either of these wagers, then you made out like a bandit based on the odds.

Will the XFL cease operations during the 2020 season?

Will the 2020 XFL Championship game happen?

But don’t be too beat up if the XFL never comes back. After we still have the NFL if the coronavirus pandemic is over by then.

Our 2020 NFL Draft prop betting guide has detailed the opening odds that have already been released ahead of the online-only event on April 23-25. There are expected to be hundreds of props available before any player gets selected.

But if you need even more pro football wagering action, then below, you’ll find the latest 2021 Super Bowl odds, which currently favors the Kansas City Chiefs to win back-to-back titles.