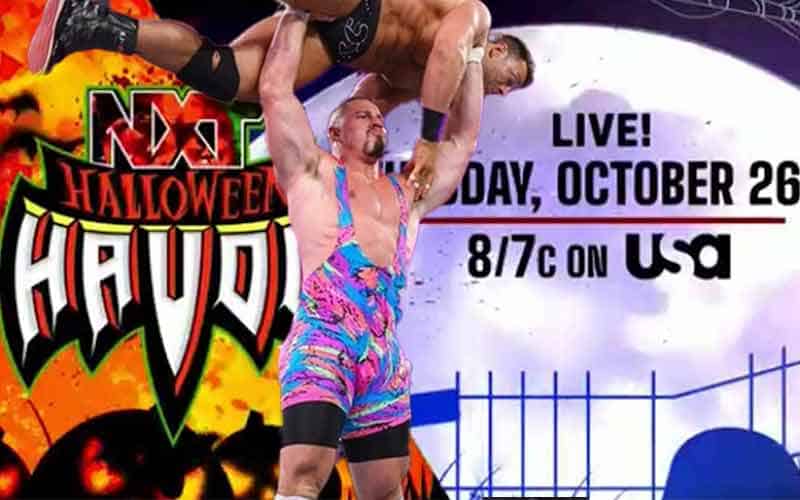 NXT Champion Tommaso Ciampa puts his strap on the line tonight against challenger Bron Breakker as NXT dusts off an old pay-per-view brand after two decades of dormancy.

Halloween Havoc will air tonight at 8 PM on the USA Network in place of NXT’s regular Tuesday night programming and offers wrestling fans a pay-per-view level event on free television.

Aside from renewing the old Halloween Havoc brand from World Championship Wrestling (WCW) who went out of business in March of 2001, the televised event is also largely intended to usher in the Bron Breakker era in NXT – or so it seems.

Breakker is the real-life son of Rick Steiner (aka the Dog-Faced Gremlin), who alongside his brother, Scott (later known as Big Poppa Pump or the Big Bad Booty Daddy), formed the aptly named Steiner Brothers tag team and terrorized opponents in and out of the ring throughout the late 80s and most of the 90s.

The WWE odds posted at pro wrestling betting sites do indeed favor Breakker to make his father and uncle proud by becoming the top dog in NXT tonight, but the lines are relatively slim considering how obvious Bron’s ascension is to viewers at the moment.

Is Breakker ready to carry the belt? Probably not, but his current push amid the NXT’s rebranding to 2.0 suggests that Bron Breaker, aka Rex Steiner (a much better and more appropriate moniker that should have been adopted by the WWE regardless of his ability to use it in other promotions), is going to carry the load for the time being despite his inexperience and lack of television time.

He’s got that Steiner look. He stands at six feet tall and weighs in at 230 pounds of pure chiseled beef. Bron also has that classic amateur wrestling build and the outfit to boot, with the same thousand-yard stare of his uncle’s that used to strike fear into the hearts of enhancement talent around the United States.

That said, the above entertainment prop bet features moneylines for both Breakker and Tommaso Ciampa that are hovering close to even, implying that it is anyone’s match to win or lose.

Sure, Bron is favored, but not by much. For gamblers that want to bet on Bron Breakker to win the NXT Title tonight should do so at MyBookie, as a dollar can be earned for $0.15 cents less than other competing books.

Of all the entertainment betting sites offering Halloween Havoc odds, BetOnline is offering the best moneyline on Tommaso Ciampa retaining his belt tonight. A net of $1.05 can be earned for each dollar risked on Ciamia to win tonight if he can get it done against Breakker.

The remainder of the card offers literally zero variance in the moneylines, but the above Breakker Ciampa line reveals why there’s still plenty of reason to shop the odds for the best sportsbook payouts.