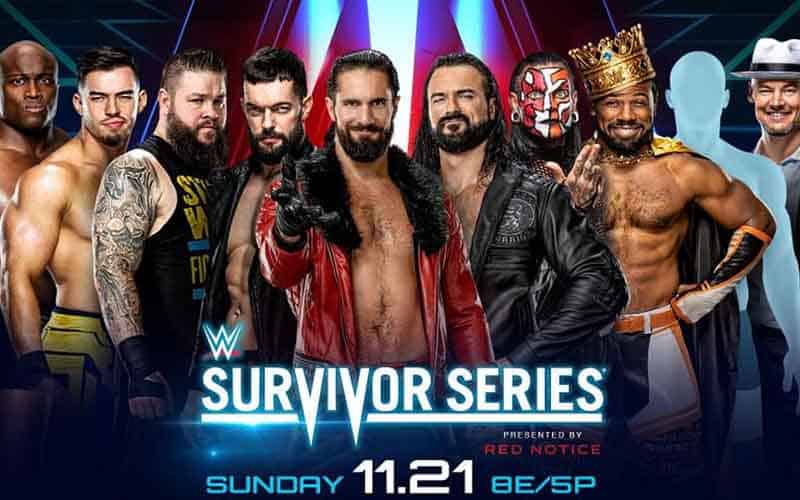 Survivor Series is one of the longest-running pay-per-view events in the history of World Wrestling Entertainment, established well in advance of the current 12 PPV-per-year norm.

The concept is simple. Gather two five-person factions and have them battle it out in tag-style Survivor Series matches where the winners can claim to have come out on top of the angle.

MyBookie has produced odds for betting on professional wrestling that entails the outcome of each Survivor Series fight, starting with the men’s elimination match that pits both WWE brands, Smackdown and Raw, against each other.

Smackdown has become the superior and more focused upon WWE program since it made a move to Friday nights on FOX. Previously, it was the secondary property to Monday Night Raw, airing on Tuesday nights on the USA Network. That superiority is reflected in the entertainment betting odds above and suggests that Team Smackdown will walk away victorious.

Charlotte Flair and Becky Lynch seem to have worked their rivalry into a shoot, as Fox Sports Radio reported that the two of them were recently entangled in a heated backstage melee.

Lynch is over with the WWE fans and is heavily favored in the above moneyline odds, but Flair does possess championship pedigree and will reward bettors well if she can capture the title from Becky.

If the real-life feud spills into the ring, we like Charlotte’s chances of taking down Lynch and imposing her will, but cooler heads will likely prevail and create for a well-worked match all around.

Once again, Smackdown is expected to carry the day in the above entertainment prop bet for the winner of the Survivor Series women’s elimination match, although the line is much closer to even for both outcomes than the men’s contest.

It should also come as no shock that Roman Reigns is expected to win against Big E, as many critics feel that the latters’ title run has more to do with longevity than actually putting butts in seats.

Vince McMahon loves a good swerve every now and then, but predicting which match it will occur in can mean the difference between a large cash payout and a dwindling bankroll. It isn’t likely that Smackdown will best Raw on all occasions, so predicting which match has the most potential to go the other way is crucial.

The USOs and Shinsuke Namamura are currently the only Smackdown talent favored to lose. These WWE lines will remain active during Survivor Series, so bettors can gain an advantage by placing a wager after a few matches have expired just to get a feel for the direction the event is heading.

US Champ Vs Intercontinental Champ

Be sure to tune in to WWE’s Survivor Series this Sunday at 8 PM on Peacock!