Will WWE’s Backlash PPV Deliver The “Greatest Match Ever” On Sunday? 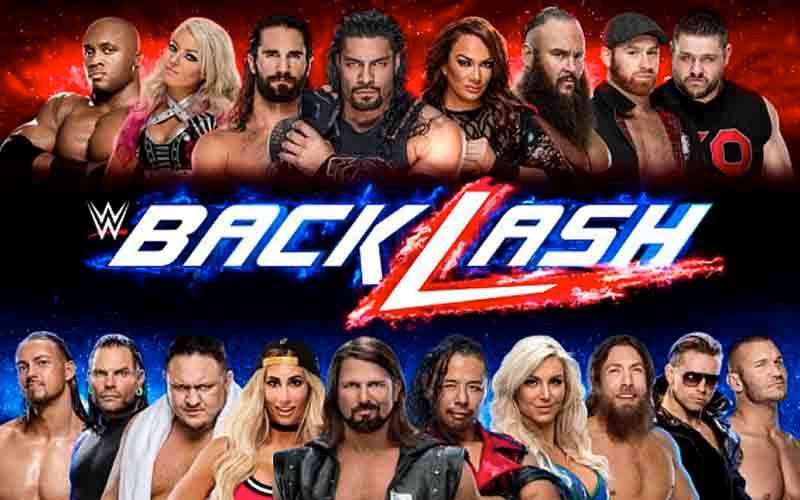 Professional wrestling is one of the few live performance promotions that has managed to continue production throughout the entire COVID-19 shutdown.

Vince McMahon’s World Wrestling Entertainment (WWE) has been operating without fans in attendance for over two months now, and the WWE has opted to pre-tape television and pay-per-view programming as opposed to presenting it live.

That is the case for Sunday evening’s Blacklash PPV, as taping was completed over the weekend at the WWE’s Performance Center in Orlando, Florida. Many of the promotion’s recent tapings have taken place at the P.C. after Florida Governor Ron DeSantis declared that wrestling was an essential business.

Just like a television show or a movie, the results of WWE wrestling matches are predetermined. So how can top sportsbooks offer betting odds on competitions that are scripted?

Wrestling’s scripted nature places it firmly in the realm of entertainment betting, alongside other popular categories such as wagering on politics and gambling on awards show winners like the Oscars and Emmys.

Many books provide legal sports betting options for professional wrestling odds, but BetOnline has gone a step beyond other sportsbooks and has carved out a separate category for it altogether. This suggests that they think the category will continue to increase in popularity.

Our team agrees, as most pro wrestling fans we encounter are unaware that the option to bet on WWE events exists.

Let’s have a look at the betting odds that BetOnline has posted for Sunday night.

Nia Jax is easily the most dominant force in women’s professional wrestling, regardless of promotion. Standing at 6 feet tall and weighing in at 272 pounds, she is twice the size of most of her competitors, and could likely manhandle several of the male competitors on the roster.

So why would Nia be such an overwhelming underdog in a battle against Asuka, the current Raw Women’s Champion? It could have something to do with a recent report from Ringside News stating that Jax has been roughhousing her opponents and causing unnecessary injuries.

In a recent match with Kairi Sane, Jax was careless in throwing her into the ringside stairs. Sane suffered a large gash on her head which was so bloody that the WWE saw fit to edit the portion out of the match.

Now, Asuka is a heavy favorite to retain the title, but we’re not so sure. Just like any other scripted entity, writers like to keep viewers guessing. Predictable results in the realm of fiction are boring and will not generate continued interest.

That said, we’re liking Jax’s odds at the moment. A wager of $100 on her +300 odds will earn a cash payout of $300 if and when Jax power slams Asuka into the canvas on Sunday night. Get in on the action now before the odds shift in Jax’s favor.

After a lengthy retirement from the sport due to injuries, Edge returned to action recently for what many assumed would be a one-off match against Randy Orton at WrestleMania. Now it seems he’s going to stick around for a bit as the two will rematch at Backlash in what they are saying will be the “greatest match ever.”

Orton holds the edge for now, but that could be due to the assumption that Edge is on the way out of the company after this match. If Edge is planning on making a lengthy run, then it wouldn’t make much sense for him to lose to Orton. If bettors are confident that Orton will indeed win, a wager of $160 is required to earn $100.

Below are the remaining betting odds for Sunday night’s event. Betting lines have not been placed on all matchups just yet, so keep checking back to see if oddsmakers fill out the remaining card.