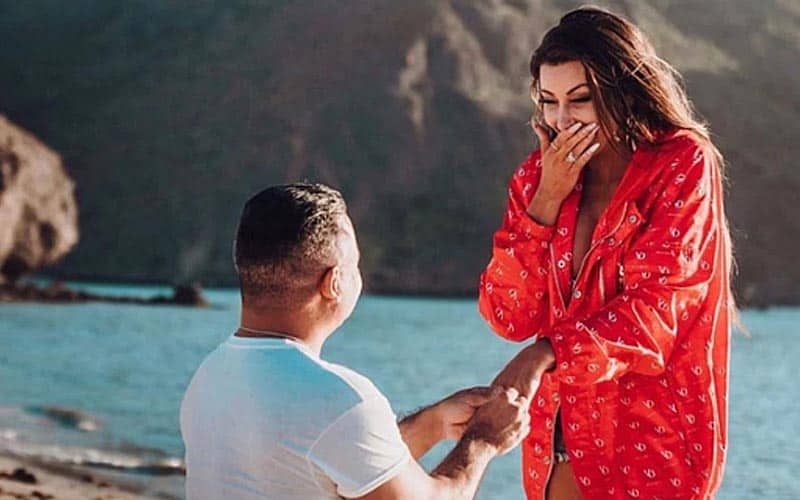 We would be remiss not to mention “Vegas Dave” Oancea and his engagement to former Fox Sports analyst Holly Sonders, seeing as how this site is dedicated to sports betting.

Oancea, a high-rolling sports bettor and sports information consultant, proposed to Sonders earlier this month in Mexico as the two were traveling to celebrate his 43rd birthday.

Both Sonders and Oancea have had an eventful 2019. Vegas Dave avoided major jail time in January as he was forcing 19 felonies related to fraudulent betting before earning a three-year ban from the Las Vegas sportsbooks.

Sonders, while not facing any felonies, was linked to Arizona Cardinals head coach Kliff Kingsbury earlier this year as she was preparing for an upcoming UFC series. She has previously been an analyst for golf and football.

Ironically enough for Vegas Dave, there are betting odds available for his relationship with Sonders. According to the online sportsbook Bovada, the entertainment betting odds have the engagement and marriage numbers.

The first bet surrounding the couple is related to their engagement. Sonders announced their engagement via Instagram on December 17, 2019. Based on the odds, it is likely that the betrothal will last less than 12 months.

Whether they are married before December 18, 2020 or call off their relationship altogether before that time, the under has -350 (73.66%) chances of hitting.

It should be noted that the average engagement length in 2018 was 13.6 months.

How long will Holly Sonders and Vegas Dave’s engagement last?

Despite the under being favored on their engagement odds, an Oancea-Sonders marriage is not expected before January 2022. The odds say that the “No” is more likely to hit at -280 odds compared to +185 for “Yes.”

Again, this is not to say that they will definitely fail as a couple. The two could get married in February 2022 and the “No” would still win.

Will Vegas Dave and Holly Sonders get married before January 2022?

As of right now, there is nothing really stopping Oancea from betting on these odds himself. He could finance his entire wedding and honeymoon with a few multi-million dollar bets on these marriage props. Keep an eye out.