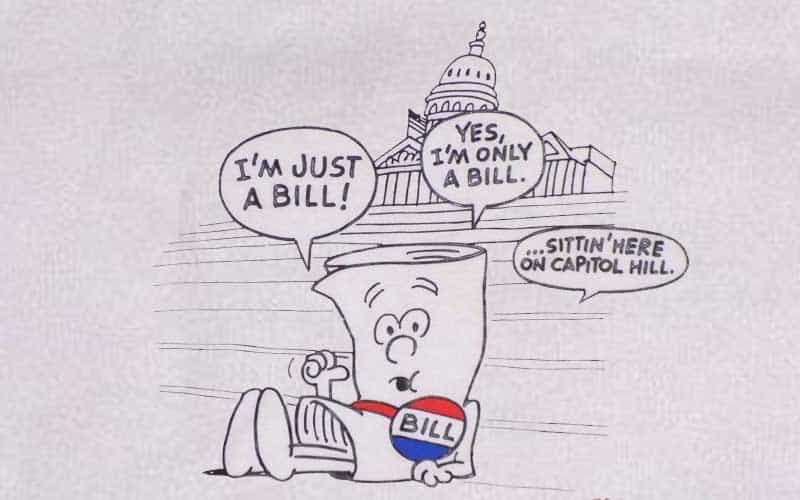 Soon, there will be a sports betting bill sittin’ on Capitol Hill.

While a copy of the proposed federal sports betting bill has not been officially released to the public, it’s rumored to closely resemble S.3793—also known as the “Sports Wagering Market Integrity Act of 2018”—which was introduced by now-retired US Senator Orrin Hatch, along with Schumer, on December 19, 2018.

Romney, the 2012 presidential election runner-up, took Hatch’s seat in the US Senate in January and wants to resume discussions on how the US government should enforce sports betting.

“There is much work to be done, but I hope this bill will serve as a placeholder for the next Congress, should they decide to continue working to address these issues,” said Hatch before retiring from the Senate.

There is no timetable for when the Romney-Schumer legislation will see the light of day, but with the Senate reluctant to pass major legislation in recent years due to the filibuster.

Many of the 2020 Democratic candidates, along with many other politicians in the nation’s capital, have recently come out in support of abolishing the Senate’s filibuster, but until that happens, it’d be hard to see a federal sports betting bill making it to the President’s desk.

Despite longshot odds for the rumored bi-partisan bill, if it does indeed mirror the 2018 bill, then all states would be required to receive approval from the US Attorney General before signed sports betting laws could go into effect.

The NCAA fought last year to keep the federal ban in place, but once that battle had been lost, the governing body for collegiate athletics argued again in hopes of carving out an exemption to prohibit gambling on only college sporting events—a move that ultimately failed.

Now, the NCAA says it supports setting up a federal framework for the states and hopes Congress will once again consider banning college sports betting nationwide, according to ESPN.

“We are absolutely supportive of federal regulation,” NCAA vice president of hearing operations Naima Stevenson Starks, a point person on sports betting, told ESPN. “It’s fairly daunting to think that every state would have a different set of regulations. Having some minimum standards, we are very supportive of and have been an active proponent of.”

However, the 2018 bill did not include any language prohibiting states from allowing legalized betting on NCAA sporting events. No state has any such ban in place, although some don’t allow bettors to wager on games where in-state college teams are involved.

Additionally, the proposed federal oversight would require all licensed sportsbook operators in the United States to purchase “official league data” from any sports league that is given betting lines and odds for the public to wager on, which some argue would fuel a slew of exclusivity deals and create a monopoly for the market share leaders.

The “official league data” mandate would only stay in effect until 2024, according to reports.

Integrity fees, which is the term used by the sports leagues to force sportsbook to pay for the privilege of having betting lines and odds available on their product, were not included in the 2018 bill and aren’t expected to be included in the revised proposal.

What is supposedly included in the soon-to-be-introduced legislation is the “National Sports Wagering Clearinghouse”—which creates a 0.25% federal tax on every sportsbooks’ handle, meaning every licensed US operator will have to ante up a quarter-percent of all bets accepted nationwide.

The language of the proposal also includes setting minimum standards to combat problem gambling and amends the Wire Act, which the Department of Justice continues to work vigorously against, to allow sports betting data and information to cross state lines.

Tomorrow will mark exactly 16 months since the US Supreme Court made its landmark decision to repeal the Professional and Amateur Sports Protection Act of 1992 (PASPA), granting all states the right to choose whether to legalize sports betting.

Illinois, Montana, New Hampshire, North Carolina, and Tennessee are expected to be the next states to launch a sportsbook after signing laws earlier this year, and even more legislatures across the country are considering bills. Colorado voters will decide on whether to allow sports betting during the November election.

Lastly, Washington DC legalized sports betting late last year and regulators are currently establishing rules for operators to follow and is expected to have sportsbooks available sometime in 2020.

With legal sports betting launching in Congress’ backyard, it was only a matter of time before federal lawmakers took notice and try to get in on the action.

And you can bet it won’t be the last time either.