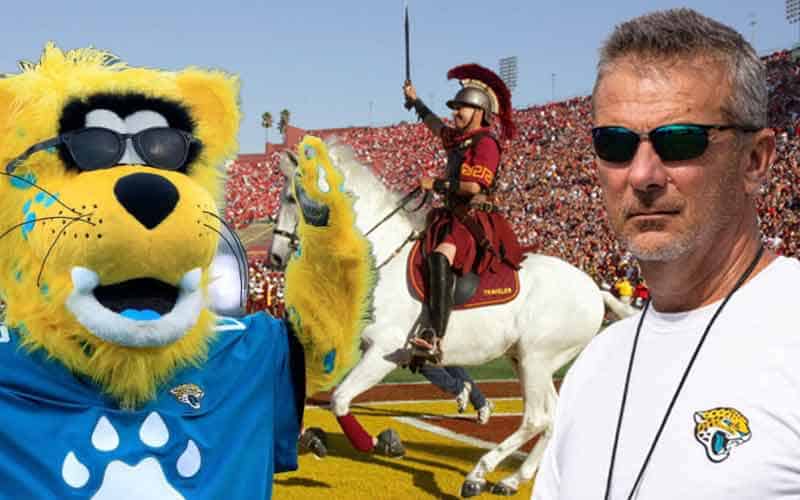 Urban Meyer is one week into his NFL head coaching career with the Jacksonville Jaguars and there is already the potential for his return to the ranks of NCAA College Football.

After championship tenures with the University of Florida Gators and the Ohio State University Buckeyes, in a surprise move, he accepted a head coaching position with the NFL’s Jacksonville Jaguars.

Meyer’s rationale for accepting the position was likely twofold. He was coming off of an ugly exit at Ohio State where investigations revealed that Meyer was aware of a history of domestic abuse with one of his assistant coach hires.

Anyone familiar with betting on the NFL knows that the Jaguars are routinely in the league’s basement among the lousiest performing teams, and thus, they’d be glad to have a legend like Urban Meyer come aboard and steer Jacksonville back onto a successful course.

A Meyer and Jacksonville combination is mutually beneficial for both parties, and the knowledge that the number one overall pick in the NFL Draft – Clemson Tigers quarterback Trevor Lawrence – would be joining the team potentially sealed the deal.

All of those things came to fruition, however, the University of Southern California fired their head coach after an 0-2 start in 2021, and their desire to return to National Championship caliber status has got NCAA College Football betting sites placing Urban Meyer in the Trojan’s crosshairs.

The above NCAAF prop bet suggests that Urban Meyer is the 6th most likely candidate to become the next head coach of the USC Trojans, but he has come out strong in response, denying any potential for a sudden departure of his duties with the Jaguars.

“There’s no chance [of accepting the now vacant coaching position at USC]. I’m here and committed to try to build an organization.”

While Meyer’s statement’s regarding his continued tenure in Jacksonville were firm, NFL prop bets are now suggesting that Urban will be the first NFL coach to leave their position in 2021, whether it be due to termination or any other factor.

NFL Odds For First Coach In 2021 To Leave Position

Why do NFL oddsmakers believe so strongly that Meyer will be the first NFL coach to either get canned or quit? He certainly will be granted more than one season by the Khan ownership family to whip Jacksonville into shape, so online sportsbooks must be thinking he’ll walk at some point in 2021 when the right opportunity presents itself.

Perhaps it is Urban Meyer’s history of turning his back on programs that are angling the college football betting odds, as he had no issue walking away from the University of Florida after winning two National Titles while helming the Gators.

With that in mind, the Jaguars could be a temporary stop for Meyer, so get your bets in on these NCAA Football odds now before a major program offers Urban a gig.