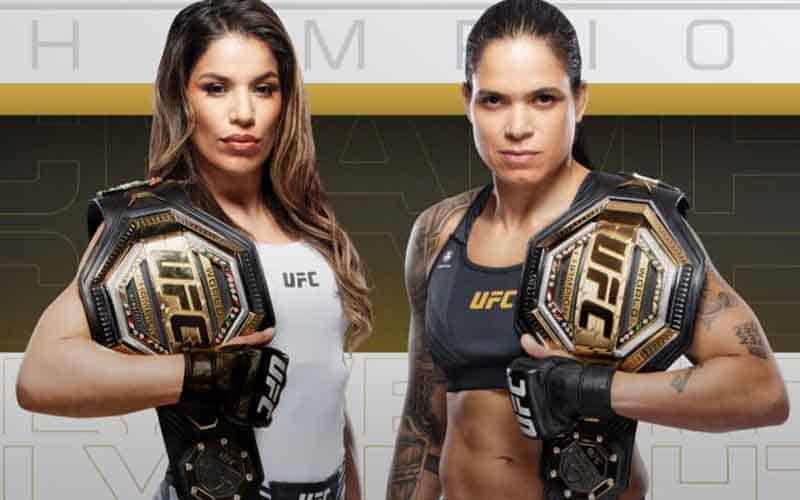 This Saturday night, UFC 277 will go down at American Airlines Arena in Dallas, Texas, and will feature a rematch in the main event for the UFC Women’s Bantamweight Title between “The Venezuelan Vixen” Julianna Peña and “The Lioness” Amanda Nunes.

Online UFC betting sites have produced match lines for every bout on the card for this Saturday, and the current moneyline suggests that Nunes will get her revenge and pull the series between her and Peña to one win apiece.

Julianna Peña was able to submit Nunes via a rear naked choke in the second round at UFC 269, so why are combat sports oddsmakers predicting such a clear-cut victory for “The Lioness” this time around?

The following comparison illustrates how closely matched these two fighters are on paper.

Both combatants project personas that are in direct contrast to one another. Nunes is your typical MMA badass – the cock of the walk sporting a foul grimace that mirrors her ill intentions.

The same cannot be said for Peña. She’s incredibly feminine for a UFC fighter, often styling her hair and wearing makeup. Of course, none of this matters once the bell rings, however it seems to have had some effect on Nunes.

Perhaps online sportsbooks are of the mindset that Nunes won’t get fooled again, but have a look at this video and think twice before underestimating Julianna Peña.

Peña’s win over Nunes at UFC 269 is one of the biggest upsets in the history of the Ultimate Fighting Championship, with some betting sites offering +600 odds on her chances of victory.

There’s not much prospect for gains when laying some action on Nunes’ moneyline of -280, but if you share the opinion of many MMA enthusiasts that feel Amanda will walk all over Peña, then this is easy money.

While not as plentiful as other sports, there are a few UFC prop bets for Saturday’s fight that give some insight into how the bout could end.

Their first match lasted less than 2 rounds, and the above UFC prop suggests that the rematch will end before the 5th round concludes. The below MMA prop gives bettors the chance to wager on the specific method of victory for each fighter.

Again, all signs point to Nunes winning, with the most likely outcome being a victory by KO or submission. One last piece of advice we can offer is to make sure to place your UFC bets with one of the online gambling sites that are listed in our sportsbook reviews here at SBL for a safe and reliable MMA gambling experience.