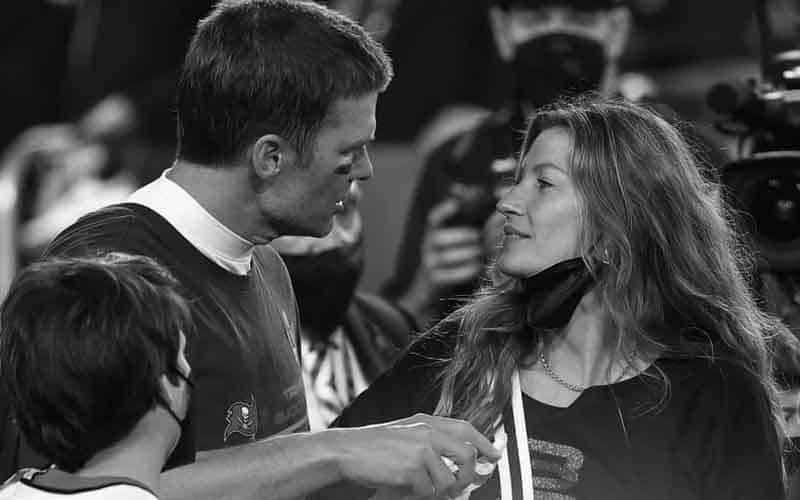 Tom Brady is arguably the greatest professional football player that has ever laced up a pair of cleats. All that remains on his agenda is adding to his legacy. At 45 years old, anything other than a Super Bowl victory can be deemed a complete waste of time.

Sure, Brady would be leaving his NFL salary on the table by forgoing the 2022-23 season, but he just signed a deal with Fox television to cover games to the tune of $375 million over ten years.

There’s also the added pressure of raising a growing family and holding together a successful marriage while occupied or on the road for a large chunk of the calendar year.

This preseason, Brady took an extended leave of absence from the Tampa Bay Buccaneers. Many assumed it was due to marriage troubles, and recent comments made by his wife, Gisele Bündchen, reveal that she was not in favor of Tom Brady’s unretirement this spring.

Entertainment betting sites have now posted odds for who Tom Brady’s next girlfriend will be, even though the power couple of Brady and Bündchen are still married.

Odds For Tom Brady’s Next Girlfriend

Pop star Taylor Swift leads the odds in the above entertainment prop bet, but her moneyline suggests a low probability of success even though she is the favorite to win.

Most of the candidates are age-appropriate, but there are some comedic potentials toward the bottom of the line that were likely suggested by members of the online sportsbook.

There are several high-profile candidates to become Brady’s next romantic partner, but Gisele Bündchen seems to be aligned with Brady for at least one more season in the NFL.

“Obviously, I have my concerns. This is a very violent sport, and I have my children, and I would like him to be more present… I have definitely had those conversations with him over and over again. But ultimately, I feel that everybody has to make a decision that works for [them]. He needs to follow his joy, too.”

Late last week, online sportsbooks posted odds for celebrity divorce betting that revealed slim chances that the couple would split prior to the end of next year.

Tom Brady And Gisele Bündchen File For Divorce Before Midnight 12/31/23?*

*No longer active at Bovada Sportsbook

The odds were removed less than 48 hours after their initial posting, but gamblers can expect them to reappear should Brady decide to return for another season in 2023.