The NBA Is Set To Return On July 31 In Orlando, FL With 22-Team Mini-Season 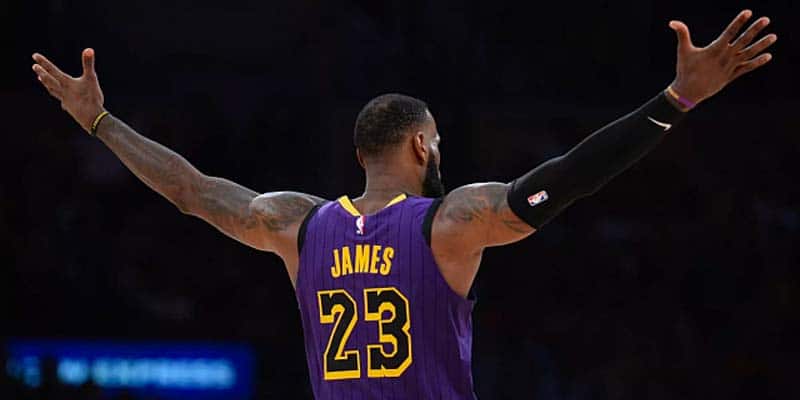 It took a little while for league executives to get all of the plans sorted, but the National Basketball Association (NBA) has now set a return date of July 31 to restart their season.

Commissioner Adam Silver has set the table for a 22-team playoff format that will occur in Orlando, Florida’s Walt Disney’s ESPN Wide World of Sports Complex.

This decision came after weeks of negotiations between league executives and the NBA Player’s Association, as was reported by ESPN. Each franchise was allowed to vote on the restart plan, which resulted in a final tally of 29-1, with the lone dissident being the Portland Trailblazers.

The announcement of the league beginning to play again has prompted top-rated sportsbooks to produce betting odds on the proceedings.

Below are betting odds that have been provided by Bovada Sportsbook for which team will advance to the NBA Finals from each division.

The current odds predict that the Los Angeles Lakers led by LeBron James will face off against the Milwaukee Bucks in the NBA Finals.

The 8 seeding games will proceed on July 31, with the final 16 team playoff brackets beginning play on August 17.

Teams are still allowed a week of transaction time where players can be traded. The league has cited that although there is a danger of COVID-19 infections, they are taking every caution possible and that teams will be eliminated rapidly, quickly decreasing the number of players at risk.

This new format will take a bit of adjustment for those that like to bet on the NBA, but game lines will still be offered in the exact same manner that bettors have become accustomed to. Once the 16 playoff teams are set, it will be conducted identically to playoffs of the past.

This will be a relief to fans to the NBA, and sports fans in general, but there are still many players in the league that are expressing concern over the risk of infection they are assuming, as well as the league’s failure to address social issues that are currently engulfing the country.

Commissioner Silver has ensured that the league will address issues of racial inequality and police brutality, but when that message will be relayed is anyone’s guess.

For now, the news of the NBA renewing season play will have to suffice, and we can only hope that it goes off without a hitch from a logistical and a medical standpoint.