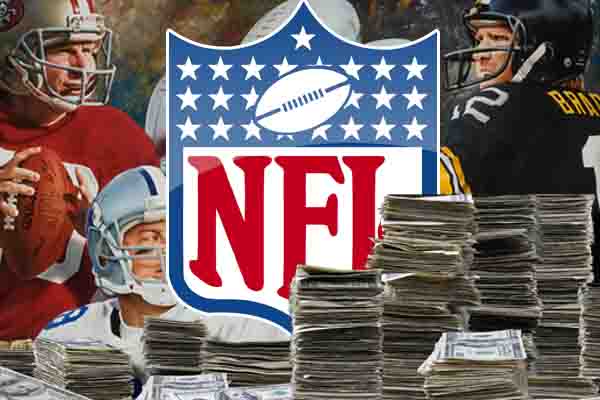 The biggest football game of the year is about to see a lot more action across the nation thanks to legal sports betting—twice as much, to be exact.

The Super Bowl 53 matchup between the Rams and Patriots is on track to double the amount of money bet on Super Bowl 52 in the United States, going from 158.58 million last year to roughly $320 million in 2019, according to projections made by VSiN.

Last year’s Super Bowl between the Eagles and Patriots set a new mark on wagers taken in the U.S., increasing by 14.5 percent over the Super Bowl 51 Patriots-Falcons handle in 2017.

From the states that have legalized and launched licensed sportsbooks, here is the breakdown of the estimated $320 million each state’s handle is expected to be for Super Bowl 53:

Previous studies of how much was bet on the Super Bowl only included Nevada since it was the lone state that was fully exempt from PASPA and was allowed to accept legal sports wagers inside the nation’s border.

The landscape for sports betting changed in May 2018 when the U.S. Supreme Court repealed the 1992 federal PASPA law, ruling it was unconstitutional to prevent states from crafting legislation on whether to legalize sports betting.

Now, states are free to decide if they want to allow licensed sportsbooks to operate in their state or if they want sports betting to remain illegal within their jurisdiction.

In addition, Arkansas voters passed an amendment to their state constitution during the 2018 Midterms that would issue licenses to sportsbook operators in four counties across the state.

Washington D.C. is currently awaiting congressional approval after the council voted in favor of legalization and was approved and signed by the mayor. New York is also expected to reintroduce a previously unpassed bill early in 2019, and many people expect they will be the next state to legalize sports betting.

Adding to those who have pending bills and launches, there are an estimated 20 states who could potentially legalize state-licensed sportsbook this year, and each of these states will need to work fast if they want to legalize and launch sports betting before Super Bowl 54 in 2020.

ree makes 57 points a push with 56 points and below a winning bet.