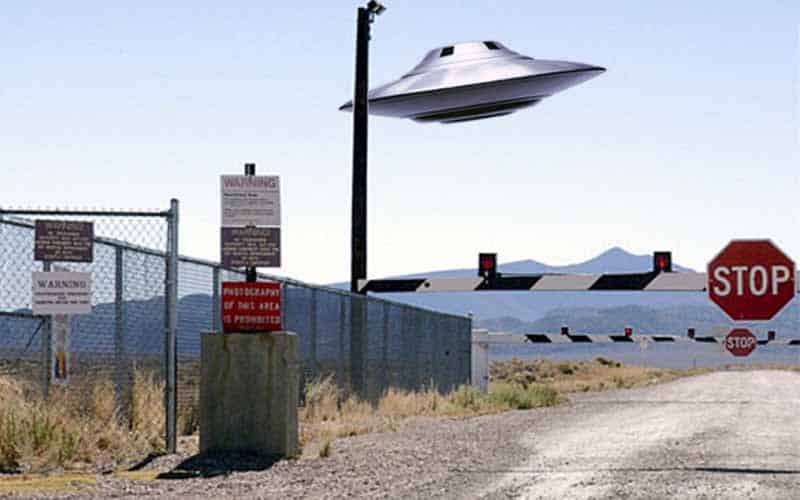 Tomorrow could forever change the universe as we know it.

The existence of aliens might finally be exposed. Or a few people will get arrested for trespassing, and no military secrets will ever be revealed.

What started as a joke on Facebook, the event titled “Storm Area 51, They Can’t Stop All Of Us” became a phenomenon on social media. Before the event was taken down by Facebook on August 3, over 2 million users had RSVP’d for the assault.

To make the situation even more astounding, Tom DeLonge, a founding member of the punk rock band Blink-182 and alien enthusiast, recently leaked videos of UFOs that the US Navy confirms to be real.

But despite the Facebook event’s popularity and the leaked UFO videos, oddsmakers don’t expect much to happen in the Nevada desert tomorrow.

According to BetOnline, no one is expected to reach the military area, no matter how fast they “Naruto run.”

Odds are only +500 that a raider makes it over the physical threshold with -1000 chances Area 51 will not be penetrated.

Even if someone can gain access to the facilities, it would be difficult to find any substantial proof of aliens.

Air Force spokeswoman Laura McAndrews made it clear for intruders: “The US Air Force always stands ready to protect America and its assets.”

Will anyone illegally access the Rachel Military Area the week?

There is a chance that raiders don’t make it onto Area 51, but are still arrested. The closest town to the Nevada military facility, Rachel, is home to 50 residents.

It’s possible that the townsfolk and police force will not take kindly to a slew of visitors with the intent to commit crimes against America on their doorsteps.

Raiders could get arrested for trespassing on the base or for something as small as disturbing the peace to prevent things from getting too out of hand. Either way, the over/under is set at 8.5 arrests this week.

How many people will be arrested in Rachel, Nevada this week?

The final bet involves the Commander in Chief. Never one to shy away from his use of social media, Donald Trump has been silent on the Area 51 raid for months. There could be certain regulations in place, even for the President of the United States, when it comes to secret governmental facilities.

Trump may have previously hinted at the existence of aliens when he announced his desire to create the Space Force, a sixth branch of the US military, to protect American interests in space.

Betting odds for Trump, especially prop bets, are always unpredictable. Nevertheless, oddsmakers do not think Trump will discuss Area 51 on Twitter this week at -1000 odds.

Even if nothing happens tomorrow, it will still be interesting to follow the events in Nevada. From the Facebook post to the memes, to the United States military responding, the Area 51 Raid is one of the most intriguing cultural developments in recent history.