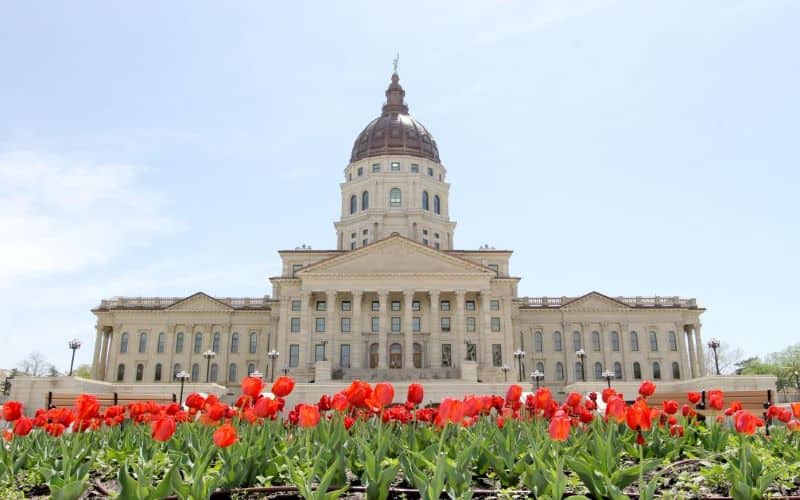 Kansas lawmakers seem to be preparing for a vote that would determine the fate of legal mobile sports betting in the state. After several amendments to the bill, some members of the Senate finally feel as though they have a final product that the whole chamber will agree on.

The Ongoing Push For State Sportsbooks

SB84 is just one of many legal sports betting bills proposed over the last two years. Having already passed with flying colors in the House, the measure now awaits a verdict from the Senate.

Under the terms of the bill, Kansas residents would have access to state-licensed sportsbooks at both in-person and digital venues. Operators would be charged a flat tax rate of 10%, which translates to an expected $1 million a year.

A recent amendment to the Kansas legal sports betting bill makes it so that 80% of the state’s revenue margin is reserved for attracting a new professional sports team.

A Means Of Attracting The Chiefs

This development is extremely recent and is a direct response to relocation rumors by the Kansas City Chiefs. The owner of the Chiefs, whose team is located in Missouri, told reporters in Florida that he had been approached by Kansas developers and was considering a move.

Because Missouri has yet to welcome legal sports betting, Kansas lawmakers figured they could sweeten the deal with the Chiefs. House members adjusted the bill just one day before the vote, leaving some in the chamber feeling slighted.

Nonetheless, most Kansas residents support an expansion of professional sports. Given that the state is home to a single MLS team, many are hoping that the Chiefs will move and have a positive impact on the Kansas economy.

State legislators returned from a three-week break on Monday and are expected to get straight back to work. And despite the overwhelming support behind the bill, some lawmakers still worry that the bill won’t pass.

“Good morning, #soortswagering fans who are following the #ksleg bill. Rumor is that the senate might not take up the bill at all. I’m hoping that they change their minds.”

The state’s Senate has until May 20th to pass the bill and send it to the Governor. Regardless of the outcome, bettors are unlikely to have in-state betting opportunities until 2023. Even if the bill passes, regulators won’t have to submit rules and guidelines until January 1st of next year.

This means that bettors will miss out on NFL regular-season action, the FIFA World Cup, as well as other major international sporting events.

Fortunately, Kansas game enthusiasts don’t have to drive to other legal sports betting states to get their share of the thrills. Legal online sportsbooks are accessible to players all across the US via offshore sites.

For more information on how to get started, feel free to click around our page. You’ll find everything you need to become a sportsbook aficionado.