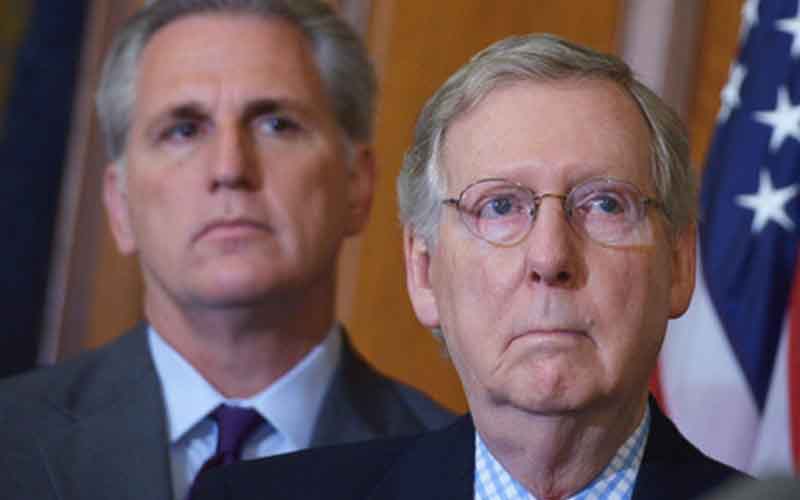 Tomorrow is election day for the 2022 midterm cycle, and a series of political prop bets have been unleashed upon the gambling public that gives an opportunity for profit and also grants insight into how votes will be cast.

First up is an intriguing set of political parlays that are ready-made for election gamblers.

Political prop bets are favoring an outcome where the Republican Party gains a majority in the US House and Senate. Total control of both congressional bodies by the Republicans on Capitol Hill features a moneyline of -300, meaning that the outcome is so certain that it will require a three-dollar wager just to net a dollar.

Today, the US Senate is evenly split, with 50 seats held by the Democratic Party and 50 seats possessed by members of the GOP. VP Kamala Harris and her position as Senate President gives the DNC their narrow majority via her tie-break voting capabilities.

The following prop reveals that political election betting sites are projecting that the most likely result will be a 54-46 advantage for the Republican Party in the US Senate after tomorrow.

How Many Senate Seats Will The Republicans Control After The Midterms?

A new majority requires a new majority leader. Until the 2020 midterm elections, the GOP held the majority, and the leader had been Kentucky Senator Mitch McConnell.

The following Senate Majority Leader prop features Senator McConnell with a 595-point lead in the moneyline odds, nearly ensuring that he’ll oust Senator Schumer when voters weigh in. on Tuesday.

While signs are pointing toward the Democratic Party handing over control of the US Senate, the GOP will have to flip a few races from blue to red to make that happen.

This next election prop bet reveals the states where neither party holds a significant edge.

Arizona, Georgia, and New Hampshire are all tied for the lead with a +400 moneyline. Georgia’s US Senate race, in particular, is beginning to separate in the polls, with incumbent Raphael Warnock trailing challenger Herschel Walker by 20 points at PredictIt.

Arizona election odds feature both candidates in a dead heat with the exact same chance of winning, while PredictIt grants Republican Blake Masters a 1-point edge over Mark Kelly.

US Senate Betting Odds For Arizona

The DNC is the current majority party in the US House of Representatives, with a 220-212 seat advantage. This next US House prop bet tells a tale of Republican dominance following tomorrow’s election results, granting the GOP a 2050-point advantage in the next Speaker odds.

Next Congress Speaker Of The House

The odds don’t get any more favorable for the Democrats when it comes to Gubernatorial lines at the election betting sites included in our online sportsbook reviews.

This next prop implies that 32 or more GOP Governors will hold office after midterm votes are counted.

How Many Republican Governors Will There Be After The Midterms?

Everyone reading this should be mindful that the above political odds are reflective of where money is being wagered at the moment. These betting lines are often more accurate than polling data as gamblers tend to wager on who they think will win and not where their heart lies.

Anyone intending to bet on the 2022 midterm elections should do so as soon as possible before these lines are removed from the boards.