Seahawks Favored To Declaw Eagles As Both Cling To Playoff Hopes 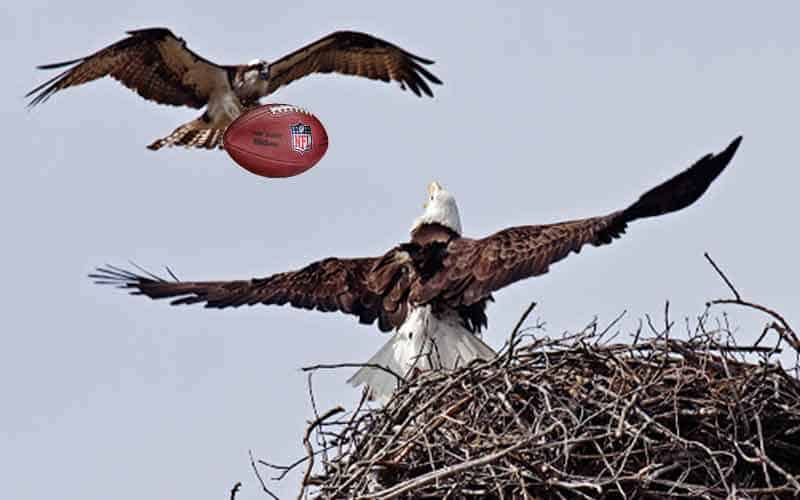 The Seattle Seahawks are now perched atop the NFC West Division and are a half-game behind the Green Bay Packers and a game behind New Orleans Saints in their quest to become the #1 seed in the NFC and earn a first-round playoff bye week.

Tonight, they’ll visit the nest of the Philadelphia Eagles where they’ll be a 6.5 point favorite to win and keep pace in the NFC.

Although Philadelphia is currently sporting a 3-6-1 record, if they can manage to defend their home turf and send the Seahawks home with a loss, they can climb back into the NFL Playoff odds and resume their top spot in the NFC East Division.

Below is the line for this evening’s edition of Monday Night Football, which is currently posted at Bovada sportsbook.

The New Orleans Saints were able to easily get beyond the Denver Broncos yesterday by a score of 31-3. This contest gave question to the integrity of the game, as a pregame COVID-19 outbreak caused for every Denver QB on the roster to be excluded from eligibility.

Denver made do with rotating different running backs out and employing a wildcat offense, but it was hardly a contest, with the Saints able to trounce the Broncos with their backup quarterback, Taysom Hill.

With Drew Brees out with broken ribs until at least week 15, the door is wide open for Russell Wilson and the Seattle Seahawks to grab the NFC by a stranglehold and ride that momentum deep into the 2020-21 NFL playoffs.

The following NFL prop bet reveals that Seattle is indeed the favorite to win the NFC West.

However, oddsmakers do not share our enthusiasm for Seattle when it comes to winning the NFC and advancing to Super Bowl LV next February, as they are behind New Orleans, the Tampa Bay Buccaneers, and Green Bay.

These NFC Championship futures may be worth considering laying some action on because the current NFL climate is incredibly favorable for Seattle ending up in the number 1 spot for the postseason, which means more than ever now that the league has adopted a new playoff format that only allows for one team in each conference to earn a week off.

Speaking of a week off, it must seem like forever since the last time the Pittsburgh Steelers or the Baltimore Ravens played a game. Another COVID-19 setback has moved this game which was originally scheduled for Thanksgiving evening to tomorrow night.

The Steelers were already favored to win, but now that the Ravens’ roster has been decimated by infection, the spread has jumped to 10 points, indicating that Pittsburgh will motor on to 11-0.

The NFL seemed to be off to a great start early in the season, but this latest coronavirus wave has taken its toll on the league, and if this week was an indicator of things to come, bettors will need to pay close attention to all developments before laying any action.