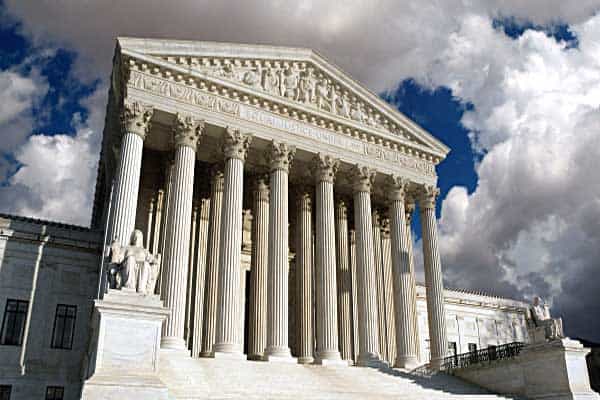 When the Murphy v. NCAA decision was handed down, sports betting advocates began celebrating a major victory. PASPA was declared unconstitutional and states could legalize sports betting without any interference from the federal government. The original intent of the Supreme Court’s decision was that sports betting options could be authorized within their borders, however, some believe the decision allows for sports gambling across state lines. This falls within violation of another law known as the Federal Wire Act. Did SCOTUS clear the path for a way around this federal law?

Even though PASPA was ultimately repealed as a result of the Murphy v. NCAA decision, there are still multiple hurdles before people can begin wagering on sports. For starters, individual states must pass the appropriate legislation. PASPA’s demise did not open the floodgates for people to begin betting at their leisure. States must work out the logistics of where their residents will be able to place wagers, how that will work, where the revenue goes, taxes, etc. Even after this is all said and done, it only deals with localized sports gambling. While some states have included provisions for online and mobile wagering in their legislation, the Federal Wire Act looms in the background as another possible obstacle. Even if both states involved (i.e. where the bet is placed and where it is received) have passed the appropriate legislation, on a technical level, this would violate the Wire Act.

While some lawmakers believe that the presence of state laws on sports betting do not precede the Federal Wire Act, SCOTUS may have put the issue to bed. On page 28 of their Murphy brief, the Supreme Court wrote that federal laws like PASPA should “respect the policy choices of the people of each State on the controversial issue of gambling.” SCOTUS believes that there needs to be a violation of state law in order for there to be a federal criminal offense.

If this is the case and holds true in a court of law, that would mean the Federal Wire Act would have no legal grounds to stop states from engaging in interstate betting so long as it is written into their legislation. With more and more states passing legislation on sports betting, it is only right that they attempt to introduce new forms of gambling in order to keep in line with modern trends. This includes mobile and Internet betting, something that would be crucial in any regulated sports betting market.

The only issue with the Wire Act is that there is no explicit mention of state law anywhere within its wording. When it comes to interpreting laws, most cases involve using the plain and ordinary meaning inherent to the wording of the law. This means that since there is nothing about violating state laws written into the Federal Wire Act, that is not a requirement.

The best course of action in this scenario would be to just amend the Wire Act to include legal Internet betting or repeal it altogether. It is clear the Wire Act does not fit into the modern gambling industry and should, therefore, be changed. States have already begun including online wagering into their legislation, meaning they are preparing for something to happen. This is exactly what happened with states passing sports betting legislation in anticipation of PASPA’s repeal. If the law isn’t amended or repealed, there will be more instances of expensive and wasteful litigation in an attempt to introduce something that is bound to happen anyway.