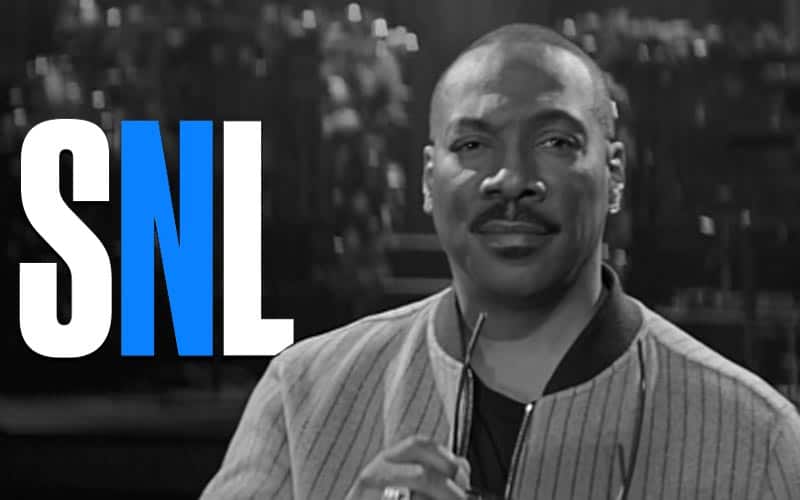 Ahead of his triumphant return, online sportsbook BetOnline is accepting action on what might go down. These entertainment prop bets range from whether or not Murphy will portray his old characters to if he will sing in the opening.

When Murphy joined the cast of SNL in the 1980s, he was only a teenager. But with his unique delivery, impersonations, and self-proclaimed status as the “token black on Saturday Night Live,” Murphy rose to stardom in just a few short years. Tom Shales even credits Murphy for revitalizing the show during the early part of the decade.

However, after Murphy decided to leave the show for his acting career, a spat between him and the show caused the Beverly Hills Cop actor to distance himself from the entire production for decades.

The hatchet appears to be buried now, though, as Murphy will host the show on December 21.

SNL released a promo showing Murphy strolling into Studio 8H in a black and white slow motion scene to Lizzo’s “Cuz I Love You.” If the episode lives up to the teaser, it should be one of the better Live nights in recent history.

To make this list of betting odds even more entertaining for fans, we have included clips from Murphy’s time on SNL in the past to give context to the props. We’ve also included a Black Jeopardy! skit, the music video for his “Put Your Mouth on Me,” and a clip from one of Murphy’s Washington DC stand-up specials.

Will Eddie Murphy participate in the Weekend Update?

Will Jeopardy! be a skit?

Will Eddie Murphy sing to open the show?