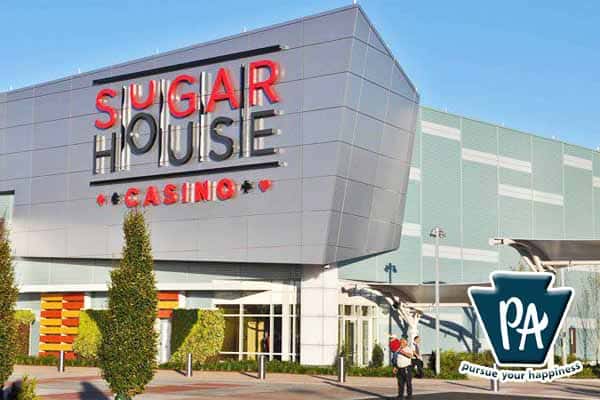 The City of Brotherly Love is the site of the signing of the Declaration of Independence in 1776 and the drafting of the United States 1787.

And in 2018, for the first time ever, people are now free to place legal bets on sports in Philadelphia.

The bet will be the first of many across Pennsylvania with the launch of sports betting at SugarHouse Casino.

“Obviously, Las Vegas has been making a lot of money off this for a long time. And to bring it back home and a lot of people don’t have to fly away to bet on their Eagles, Flyers, and Sixers,” said Fill.

The opening marks the third land-based sportsbook to open in the state. Rivers Casino also began taking sports bets in Pittsburgh on Thursday, and the Hollywood Casino near Hershey opened its sportsbook last month, which made Pennsylvania the seventh state launch sports betting, and in turn, allow sportsbooks to operate legally within state lines.

“I think a number of our customers who are playing online in New Jersey either live or work in Pennsylvania, so this offers them an opportunity on this side of the river,” said Evan Davis, Vice President of Sugarhouse Casino.

“It’s great, not just for us, but the Commonwealth of Pennsylvania to collect tax revenues off of this activity as well.”

The launch is a big first step for Philadelphia, and for the entire state. Sports betting has been a huge success in states that have legalized placing money on sports, including neighboring New Jersey where the handle, or total money bet on sports, will likely eclipse the $1 billion mark before the end of 2018.

The soft-opening for both SuperHouse Casino and RiversCasino will be contained to a two-day test period where anyone age 21 and over can a wager on sports until 10 p.m. on Friday.

The test period will be supervised by the Pennsylvania Gaming Control Board, and if all goes well, then the two sportsbooks would be permitted to begin taking bets all-day on Saturday and offering betting lines and odds on sports during regular operating hours every day going forward.

“Philadelphians have been waiting for this day for a long time,” said Davis.