Online Sportsbooks Jump In With Both Feet On Pro Wrestling Betting 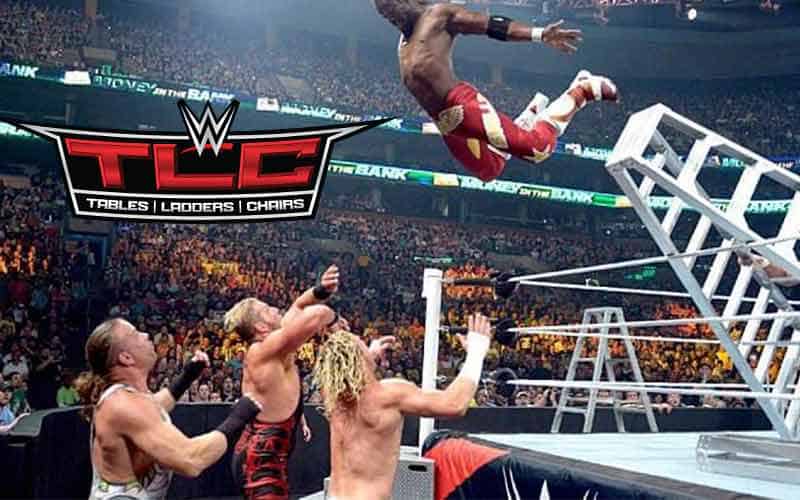 It has been quite a year for pro wrestling and its growth in popularity at online sports betting sites. As recently as January of this year, our staff was having difficulty locating betting lines on pro wrestling, with not much on the boards other than odds for WWE’s WrestleMania pay-per-view, the Super Bowl of wrestling.

Now, it seems that everything is on the “table,” as odds for this weekend’s Tables, Ladders, & Chairs (TLC) pay-per-view from World Wrestling Entertainment (WWE) are ready for action at MyBookie and BetOnline, two of the top internationally-based sports betting sites on the web.

Online sportsbooks have been dabbling in pro wrestling odds for years, but until now, bettors could only count on odds for WrestleMania to routinely appear.

Typically, each match involved in this annual event includes tables, ladders, and chairs in the combat. As you can imagine, the risk for injury and bloodshed is high, and it seems that each year they try to top themselves with more dangerous and high-flying stunts.

That’s exactly what makes TLC so exciting, and when you add championships as a stipulation to the matches, the drama increases. Champions Roman Reigns, Drew McIntyre, and Sasha Banks are all putting their titles at risk this Sunday.

All of the titleholders are favored to retain their belts, but there are some hefty paydays on the board if you have the courage to bet on the underdog in any of these matches. For instance, a bet of $100 on Kevin Owens to defeat Roman Reigns can earn $650 if he is victorious.

Think about that. You’re a Kevin Owens’ ladder strike away from multiplying your bet by 6.5X!

Another online sportsbook site that features a robust selection of entertainment betting lines is Bovada, and although they don’t have any Tables, Ladders, and Chairs odds posted at the moment, they do have futures on the boards for WWE’s January PPV, the Royal Rumble. BetOnline is also featuring Royal Rumble futures, but MyBookie hasn’t revealed theirs yet.

The Royal Rumble event is a 30-man battle royal, but they don’t all enter the ring at the same time. The Rumble begins with two competitors battling it out, with a new combatant joining the contest every two minutes.

Wrestlers are eliminated by being thrown over the top rope and to the ground, and the last man standing is the winner. Odds typically lean toward the larger athletes, and this time is no different as three of Bovada’s top four options are juggernauts.

The below odds for the Royal Rumble will update as the event start time approaches, so while these early lines may prove advantageous for payout potential, there is also the risk of sudden storyline changes or injury, so proceed with caution.