Bad Blood odds: Taylor Swift and Scooter Braun not expected to makeup before 2021 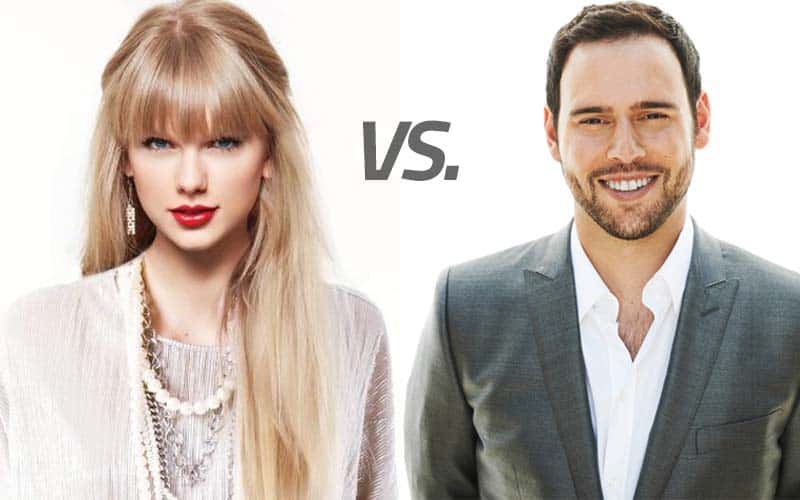 Taylor Swift has always been protective over her music, going as far as issuing cease-and-desist letters to Etsy store owners for using her lyrics on products.

However, that pales in comparison to the current feud between Swift and Ithaca Ventures Chairman Scooter Braun.

It all started when Braun’s company purchased Big Machine Records, the independent label that owns all of Swift’s recordings save the newly released Lover album.

Through her Tumblr account, Swift told fans that she was barred from using her old songs.

“Scott Borchetta and Scooter Braun have now said that I’m not allowed to perform my old songs on television because they claim that would be re-recording my music before I’m allowed to next year.”

Swift later said in the post: “Please let Scott Borchetta and Scooter Braun know how you feel about this.”

“At no point did we say Taylor could not perform on the [American Music Awards]. In fact, we do not have the right to keep her from performing live anywhere.”

Scott Borchetta, the founder of Big Machine Label Group, went further to claim that Swift distorted the facts in his “So, It’s Time For Some Truth…” blog post on the Big Machine website.

First, Borchetta refuted Swift’s claim that she was unaware of Big Machine’s purchase until it became public news.

“Taylor’s dad, Scott Swift, was a shareholder in Big Machine Records, LLC. We first alerted all of the shareholders on Thursday, June 20th for an official shareholder’s call scheduled for Tuesday, June 25th… Out of courtesy, I personally texted Taylor at 9:06pm, Saturday, June 29th to inform her prior to the story breaking on the morning of Sunday, June 30th.”

Later in the post, Borchetta wrote that Swift was offered a deal to own the rights to her assets.

“100% of all Taylor Swift assets were to be transferred to her immediately upon signing the new agreement. We were working together on a new type of deal for our new streaming world that was not necessarily tied to ‘albums’… Taylor had every chance in the world to own not just her master recordings, but every video, photograph, everything associated to her career. She chose to leave.”

In an effort to end the feud, Braun posted on Twitter that despite the numerous death threats he and his family received, he was “still hopeful we can fix this.”

However, oddsmakers at Bovada do not think the two parties will “fix this” before the end of 2020. The chances that Braun and Swift do not makeup before 2021 are -320, compared to +210 that they do.

Will Scooter Braun and Taylor Swift reconcile before the end of 2020?