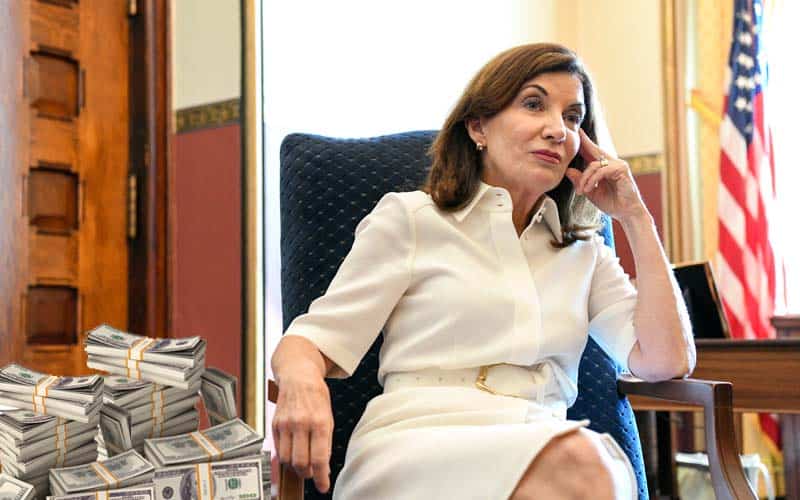 New York is leading by example as it relishes the fruits of legal mobile sports betting. In less than 6 months of operation, the state has already accumulated more than $263 million in revenues. These funds have been designated for education and youth sports programs.

Gov. Kathy Hochul excitedly told reporters the following in response to the news:

“New York has become a leader among states in implementing successful gaming policies, with hundreds of millions of dollars going to important programs that will improve the lives of all New Yorkers,”

“I am committed to upholding responsible and effective gaming policies that will move the industry forward and continue to drive our state’s economic growth.”

The sum is quite substantial. Last year, the state spent $12 billion on New York City public schools—accounting for 34% of the system’s budget. This year, lawmakers passed an ordinance that would increase the state’s per-pupil spending by 4% for the upcoming semester.

NYC’s budget increase amounts to about $475 million. And while the final figure is $56 million less than what was proposed by Gov. Hochul, it translates to a significant change in the classroom.

Lawmakers hope that the continued success of mobile betting efforts will better supplement the state’s education fund in coming years. Some industry analysts suggest that state sports betting revenues could surpass $1B by 2030.

Compared to other legal sports betting states, New York’s sports betting revenues are unimaginable. Below is a table of the 5 top-earning states between January and April of this year:

New York excels because of its aggressive tax rate. Mobile sportsbooks have to forfeit 51% of all earned revenues to the state. Pennsylvania tails just behind New York because of its 36% fixed rate.

The majority of other sports betting states only see returns between 10 and 20%. Meanwhile, commercial sportsbooks tout billion-dollar handles in these same states. But that’s a consequence of legislation.

Many lawmakers have proven timid in trying to gamble for a better deal with sportsbooks. And while betting is a generally bipartisan issue, we’ve started seeing a party divide on the issue of tax and licensing fees.

It becomes difficult to justify an expansion campaign on the premise of increasing state funding when the revenues are pitiful compared to necessary spending. A couple of million dollars doesn’t do much—especially after regulation costs are paid.

Let the structure of New York sports betting be an inspiration to prospective wagering states. It is always harder to rewrite precedent than it is to set.