North Carolina is one step away from legal sports betting 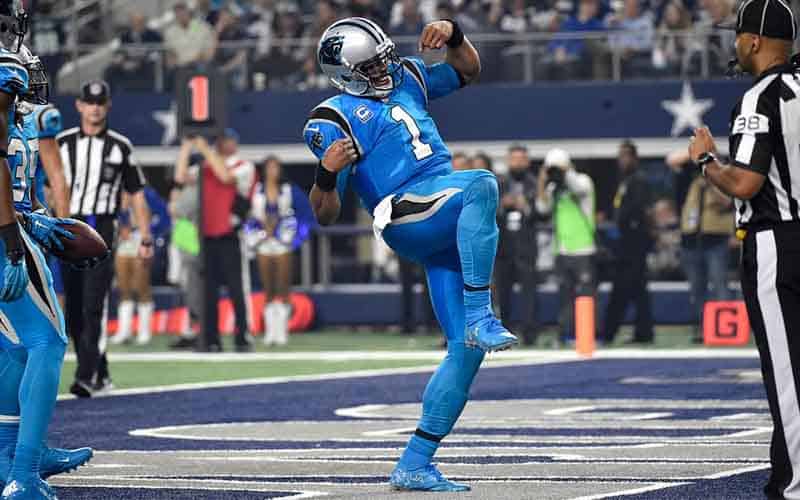 If the North Carolina bill takes one more step, then legal sports betting will cross into the state’s endzone and touch down in the Tar Heel State.

House members in the North Carolina General Assembly voted 88-27 in favor of S 154 on Monday, which allows sports betting at two tribal casinos operated by the Eastern Band of Cherokee. The Senate passed the bill 43-7 in April.

The bill now heads to Gov. Roy Cooper’s desk where he has 10 days — excluding Sundays — to sign it, veto it, or allow it to become law without his signature due to the legislation is still in session.

After stalling in committee over recent months due to confusion having two separate sports betting bills in both chambers — the House bill, H 929, establishes a gaming commission to conduct further study of sports gambling — the Senate bill was given new life last week.

NC lawmakers were called back to session after Gov. Cooper vetoed the state’s budget proposal for not including a Medicaid expansion.

The extension of the current session allowed supporters Rep. Kevin Corbin and Sen. Jim Davis time to explain that the Senate bill did not conflict with the House bill since it was not a wide-range expansion of gambling because it only allowed two tribal casinos the ability to offer an additional way to wager money.

How the bill got to the floor last week:

“We’re not asking you this morning to legalize sports betting and gambling in North Carolina,” he said to House members last week. “We’re simply asking you to add this to the list of the games that are allowed [at tribal casinos].”

The bill proceeded to run a no-huddle offense, rushing through several committee hearings last week until it was sent to the House floor for yesterday’s final passage.

If the passed legislation becomes law, then only Harrah’s Cherokee Casino Resort in Cherokee and the Harrah’s Cherokee Valley River Casino & Hotel in Murphy will be permitted to have sportsbooks in North Carolina under their Class III gaming license.

The bill requires all wagers to be placed in-person on tribal lands, meaning online and mobile sports betting apps cannot operate in the state at this time.

However, wagering on all professional and collegiate sports as well as horse racing would be allowed at the tribal casinos.

Most states have opted to allow betting on collegiate sports but have decided to prohibit wagering on events and games on college teams from their respective states.

The bill’s supporters argued that not allowing bets on any of the state’s nationally recognized sports programs, such as Duke, North Carolina, and NC State, would severely limit the amount of tax revenue generated from the tribal casinos due to the schools’ popularity in football and basketball — the two most wagered on sports in the United States.

Additional language was recently included in the House bill that states the gaming commission would only have the authority to regulate commercial sportsbooks and not the ones operated by the Eastern Band of Cherokee casinos.

“I’ve been a champion for expanding gaming opportunities for the Eastern Band of Cherokee Indians for years,” Davis said after the House passed the bill yesterday. “They’ve been a great economic generator for the Western region of our state, and I’m happy to play a small part in the good they do for this region.”

Davis said he was happy to see the bill move through the House quickly and believes the legislation will eventually become law.

“I expect the governor will sign the bills,” Davis said. “They are not controversial, and we have strong bipartisan support.”

With sports betting at the two tribal casinos, the state could generate an estimated $1 million and $1.5 million each year in tax revenue.

Should the General Assembly consider a larger commercial expansion of sports betting in the future, the ability to bet online and on mobile devices, such as smartphones and tablets, will likely determine how successful the North Carolina sportsbooks will be at generating revenue for the state.

The current House bill making its way through committees would initially require a February 2020 report followed by a final report in April, meaning a commercial expansion of sports betting in the state is at least a year away should the legislation be signed into law.

But if Senate bill currently sitting on the governor’s desk becomes law, then North Carolina would become the 7th state of 2019 to legalize a form of sports betting, joining New Hampshire, Illinois, Indiana, Iowa, Montana, and Tennessee.