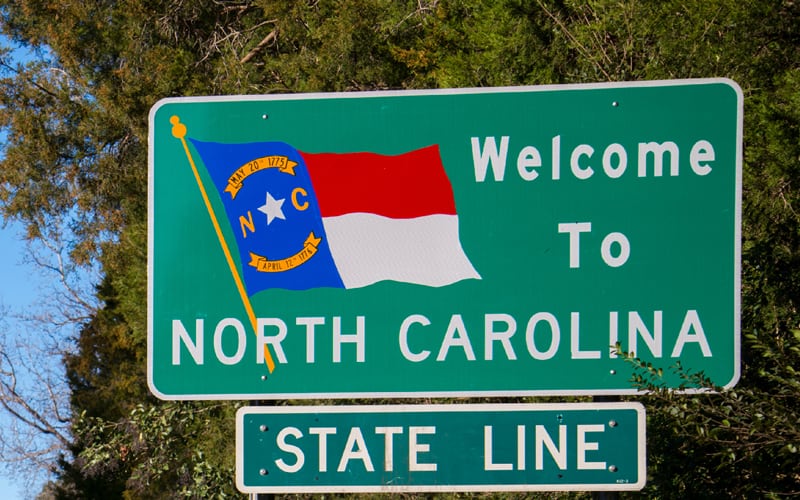 The previous six states to legalize a form of sports betting this year are New Hampshire, Illinois, Indiana, Iowa, Montana, and Tennessee.

How the bill was legalized could be considered one of the best overtime finishes of the year.

First, there was an amount of confusion surrounding S 154 and the similar H 929. The latter is a House bill that can establish a gaming commission to conduct further study of sports gambling in North Carolina.

Due to the misunderstanding, S 154 stalled in committee the last few months. But after Gov. Cooper vetoed the state budget proposal for not including a Medicaid expansion, NC lawmakers were required to return to session.

Earlier this month, S 154 passed House committees and the House floor before members voted 88-27 in favor of the bill July 15. The Senate passed the bill 43-7 in April.

After explaining that S 154 would not conflict with H 929 because the bill was not a wide-range expansion of gambling — it only would allow two tribal casinos the ability to offer an additional way to wager money — S 154 was able to finally reach the governor’s desk.

However, North Carolina only legalized sports betting on the casinos’ grounds, meaning state residents will not have immediate access to online and mobile sports betting.

Although NC did not include online betting in their framework, the law allows wagers on all professional and collegiate sports in the state. New Jersey, for example, has mobile sports betting but residents may not place bets on in-state college athletics.

Charlotte is the closest big city to the casinos, roughly three to four hours from both locations. While the distance could be an issue similar to New York’s upstate casino dilemma, the state still expects to generate $1.5 million annually for the state.

Iowa is also working on sports gambling regulations. If the Iowa Racing and Gaming Commission agrees on guidelines this week, the state could allow sportsbooks to launch in mid-August.

The main goal for states that are currently legalizing sports betting is to launch the framework before the start of the NFL season. The first regular-season game is Thursday, September 5 between the Green Bay Packers and the Chicago Bears.