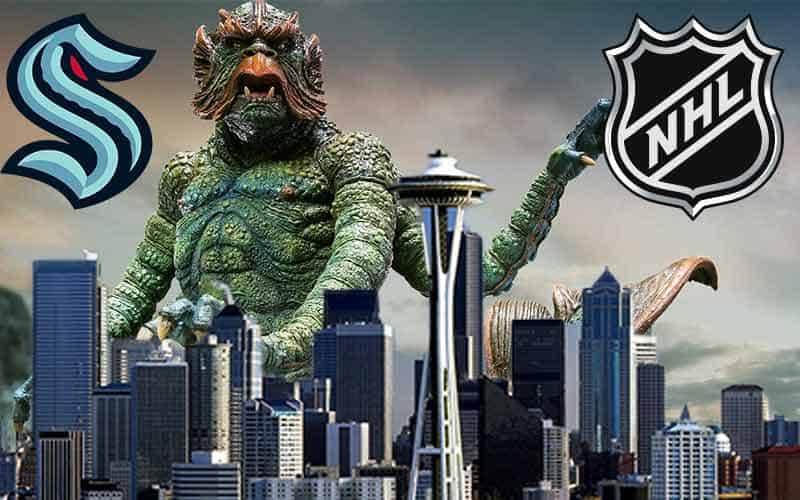 The 2022 NHL season starts this evening with two prime-time matchups, one of them featuring a pro hockey franchise that is taking to the ice for the very first time for a game that counts – the Seattle Kraken.

Odds are available and taking action for betting on the NHL and their opening two contests at online hockey sportsbooks. The league didn’t deliver a cupcake for the Kraken, as they’ll go up against the Vegas Golden Knights who currently hold a -1.5 puck line for tonight’s contest.

The Seattle Kraken’s first five games are on the road, as their home debut against the Vancouver Canucks doesn’t occur until October 23rd. The puck line combined with the over/under suggests a final outcome of Vegas 4, Kraken 2, but the moneyline for the Golden Knights is close enough to even to be worthwhile if granted a high-dollar wager.

The second featured game has a betting line that nearly mirrors the first, with the home team defending their ice by a margin of 1.5 goals.

The odds posted below for betting on the 2022 Stanley Cup winner suggest that Vegas and Tampa Bay will once again be among the top contenders to compete to reach the NHL Conference Finals for a shot at a championship.

The Penguins are also listed on the backend of the top 16 teams in the NHL futures, and their current odds for betting on the NHL Playoffs indicate they’ll make it to the postseason in 2022 as one of the final seeds.

The Seattle Kraken possess moderate odds that place them within striking distance of playoff contention, and that is largely due to their amassment of veteran NHL talent from the supplemental draft.

Expansion pro hockey franchises of recent year have capitalized immediately in similar situations, as Vegas was able to reach the Stanley Cup Finals in their first season of existence.

Wagers placed on Kraken Stanley Cup odds today will payout at $45 for each dollar wagered, but only if gamblers lock in that moneyline today.