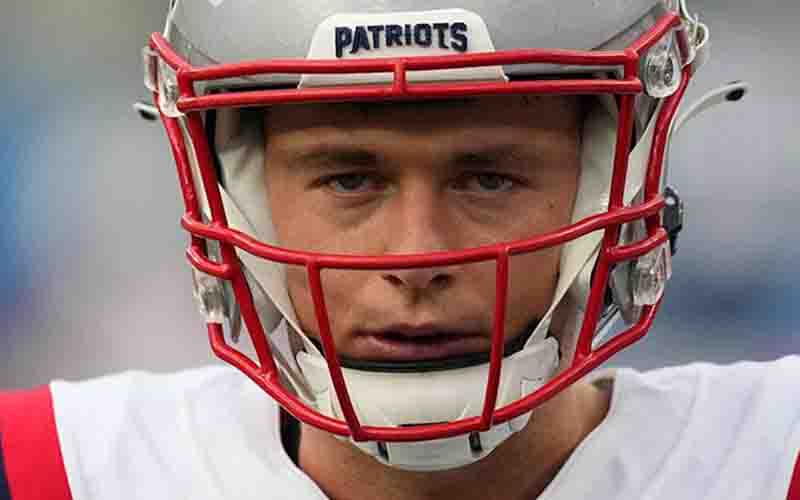 The National Football League has been put on notice by the New England Patriots. Their victory over the Buffalo Bills last night has earned them the top spot in the AFC East and has them positioned as the number one overall seed in the conference.

NFL Playoff picture odds have been calculated and the bookmakers are now collectively leaning towards a matchup of Bill Belichick’s Patriots and Tom Brady’s Tampa Bay Buccaneers on February 13th in SoFi Stadium.

The Bucs got the better of the Patriots in Week 3 by a score of 19-17, but things are different now that New England quarterback Mac Jones has comfortably settled into Josh Mcdaniels’ system – a system that allowed him to set a record by winning a game with only two completed passes.

NFL prop bets have been produced for Brady, Belichick, and Jones that favor them to capture superlatives at the end of the 2021-22 season for MVP, Coach of the Year, and Offensive Rookie of the Year, respectively.

NFL Coach of the Year Odds

Offensive Rookie of the Year Odds

Tampa Bay now holds the third overall seed in the NFC and should clinch their division any week now as they have a four-game lead on their closest competition.

For the Buccaneers, it’s all over but the seeding, as they are guaranteed to finish within spots 1 through 4.  Tampa Bay was able to win 3 NFL playoff games on the road last season en route to Super Bowl 56.

The Bucs are guaranteed at least one home playoff game by winning the NFC South, but if the current NFL standings hold through season’s end, they would have to travel to play the Green Bay Packers at Lambeau Field in the second round.

Not many are betting on the Green Bay Packers and their odds to win the Super Bowl this year despite their appearance in the last two NFC Championship Games.

Green Bay has set the bar high since hiring head coach Matt LaFleur, and logic would suggest that if they keep knocking on the door, eventually they’ll get in.

Gamblers can throw logic out the window when betting on the Tampa Bay Buccaneers, however. Tom Brady’s astronomical accomplishments have become routine at this point, and NFL bettors are getting wise.

The following Super Bowl 56 futures are posted at Bovada Sportsbook and lead bettors to believe that Tampa will reach SB LVI regardless of their final seeding and path to the Lombardi, but the Patriots are now breathing down the Buccaneers’ neck with the potential to deliver healthy profits if they win.

Betting on the New England Patriots and their +650 odds to win Super Bowl 56 will earn gamblers $6.50 for each dollar wagered if taken advantage of now, so don’t hesitate if you think Belichick has a championship recipe drawn up for this season.